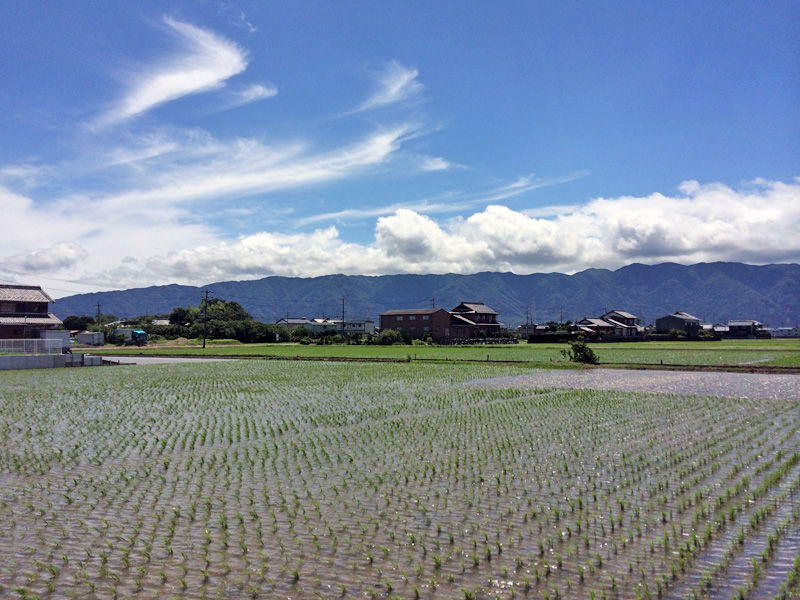 When I lived in New York, I hardly ever rode a bike. I know I owned one, but the last time I saw it was when I was in the broiler room in the basement of my apartment, asking the super to store it for me until further notice… I’m pretty sure it ended up either in the dumpster or in someone else’s hands, but I had bought it for a few bucks from a yard sale, anyway.

Considering this, it’s kind of a shock that since I’ve moved here, biking has become my main (and often only) form of transportation. People on bicycles are a much more common sight here in Japan than where I’m from, and to be honest I’ve grown fond of biking everywhere—it beats waiting forever for a bus to come, at least. It’s good exercise, and it helps me wake up on my commute to work. I do despise it, however, when it’s raining. Biking in the rain feels as miserable as sitting next to someone chowing down some sort of mysterious food with a pungent odor in a lukewarm subway car at 6 a.m… Point being: I don’t recommend anyone to do it willingly.

Fortunately, it was sunny and warm without being excruciatingly hot a couple of weekends ago, and a friend invited me along on a long biking adventure. Usually, people don’t take mama-chari or (literally translated) “mama-bikes” out on a big spin, but as we aren’t owners of cool sporty bikes, we decided to stick it out with our bikes designed to hold small amounts of groceries and equipped with a whopping selection of three gears.

Now, I am not going to sugarcoat the trip and say that it was wonderful and I was happy and at peace the entire time. During the trip, I managed to accidentally flash a group of junior high school boys because I was obviously dimwitted enough to wear a skirt (note: I was wearing yoga shorts underneath!!) on a very windy day. I also felt my legs physically turning into jell-o and my mood swings were at its worst when my stomach began to rumble.

With all of that being said, the experience was truly amazing—enough to call it life changing, even. I particularly enjoyed biking through the endless rice fields, the young plants whispering in the wind as I gazed out at the intricate contours of the green mountains that got closer and more detailed as we biked. I saw rice field workers, their shoes left on the side of the road, trudging through the mud to groom their precious crop. I felt the strength of the sun on my skin as my hands tightly gripped the bike handles. Sometimes, the wind blew so strongly that my exhausted legs could barely pedal against it. I felt nature attacking me from all sides, but also coating me with a blanket of comfort.

We often get caught up in things that have us sitting inside, staring at a computer screen or a phone all day. This trip made me rediscover the importance of being physical and enjoying what the world actually has to offer. All it took was my mama-chari.