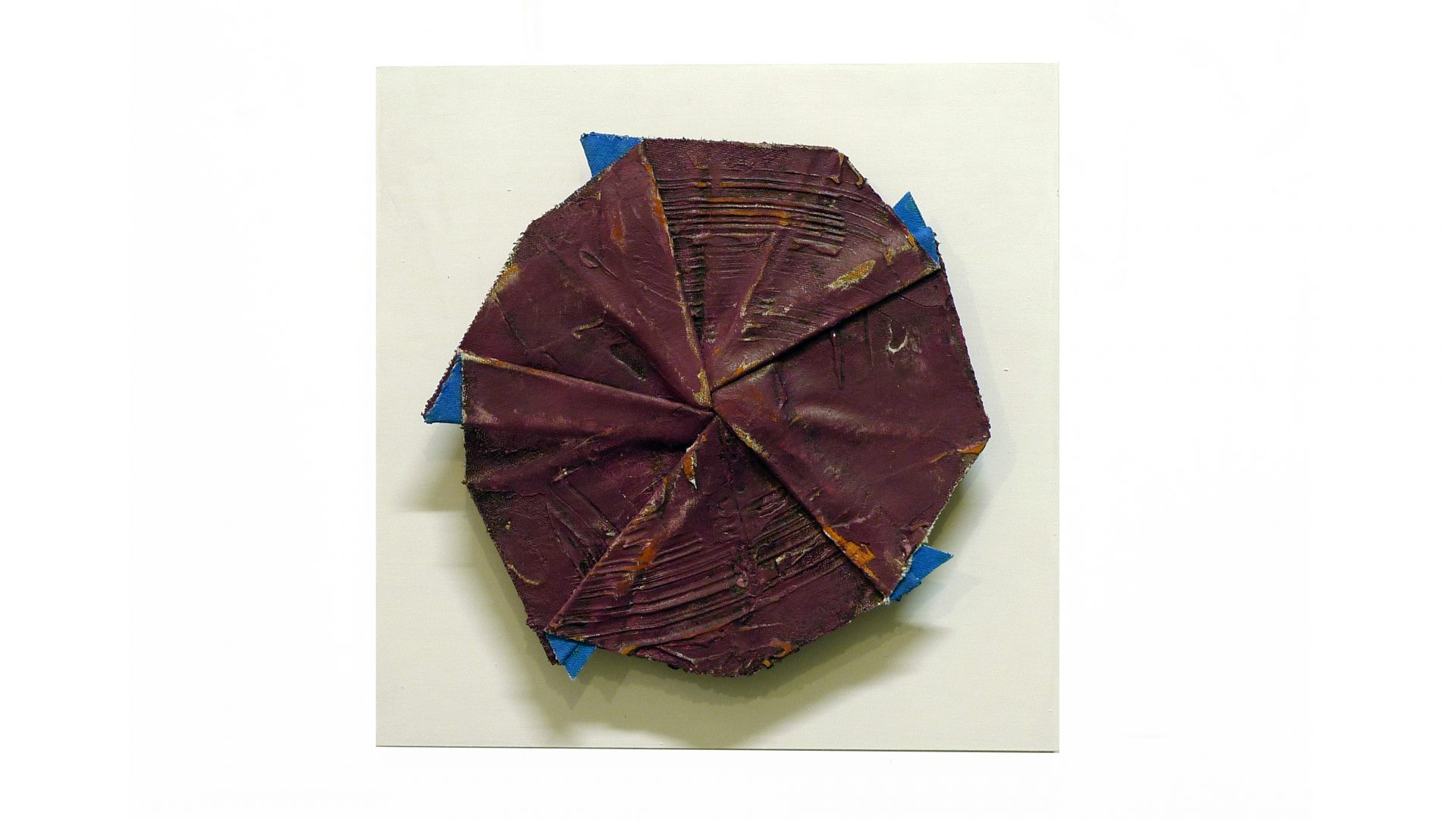 For this exhibition, I made pieces on the theme: “relations between the canvas’s front and back sides”.

I painted the front of the canvas thick with a molding paste, and on the backside of the canvas, I thinly painted with a bright color so that I could make a difference in expression. I tried to make my works simple and clear by folding the canvas using these two elements. There will be many big art pieces in this show, so I want visitors to feel the powerful and dynamism from these large forms.

For people who are uninterested in fine arts, abstract expression can be difficult and incomprehensible. However, it’s from ordinary things that these ideas are born. I would be pleased if visitors could see how I reached the conception though origami. 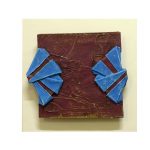 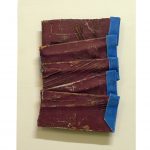 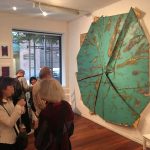 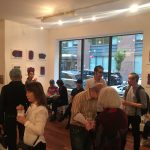 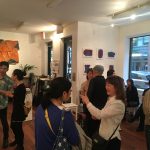 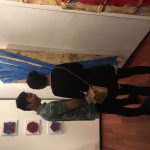 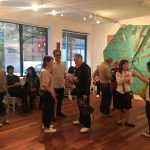 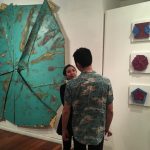 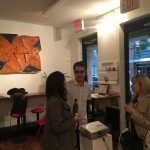 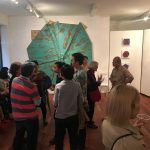 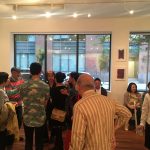 Hiromitsu Kuroo's bold relief constructions may at once be interpreted as either reinvestigations of western abstraction's possibilities or, alternatively, a bold new development in Japanese origami. Eschewing the latter's tradition of mimesis – representations of cranes, dragons, or butterflies, for example – the artist relishes in the formal autonomy of fold-making, with patterned pleats, overlaps, and inversions. Canvas, instead of paper, is the primary medium. Individual geometric shapes formed by the final folds are painted with saturated acrylics, typically in ways that divide the textured surface into the push and pull elements of figure and ground.

Ranging in size from three feet to ten feet in any given direction, Kuroo's folds often extend beyond the substrate's rectilinear edges, making the works decidedly contemporary and unrestrained. The fold patterns sometimes flirt, rather dangerously, with the taboo of "decorative" design while simultaneously challenging the limits of Abstract Expressionism's obedience to the stretcher frame's four-cornered geometry. The aggressively painted surface, that appears subsequently worn down through abrasion, pulsates with energy and its own spirit of struggle and defiance.

Kuroo earned his BFA and MFA from Tohoku University of Art & Design, and has had solo exhibitions at the Tenri Cultural Institute, Gloria Kennedy Gallery, Makari, MIKIMOTO NY, and Bronx Community College, all in New York, and Gallery Yamaguchi and G-Art Gallery, both in Tokyo. In 2010 he received a Pollock-Krasner Foundation Grant.