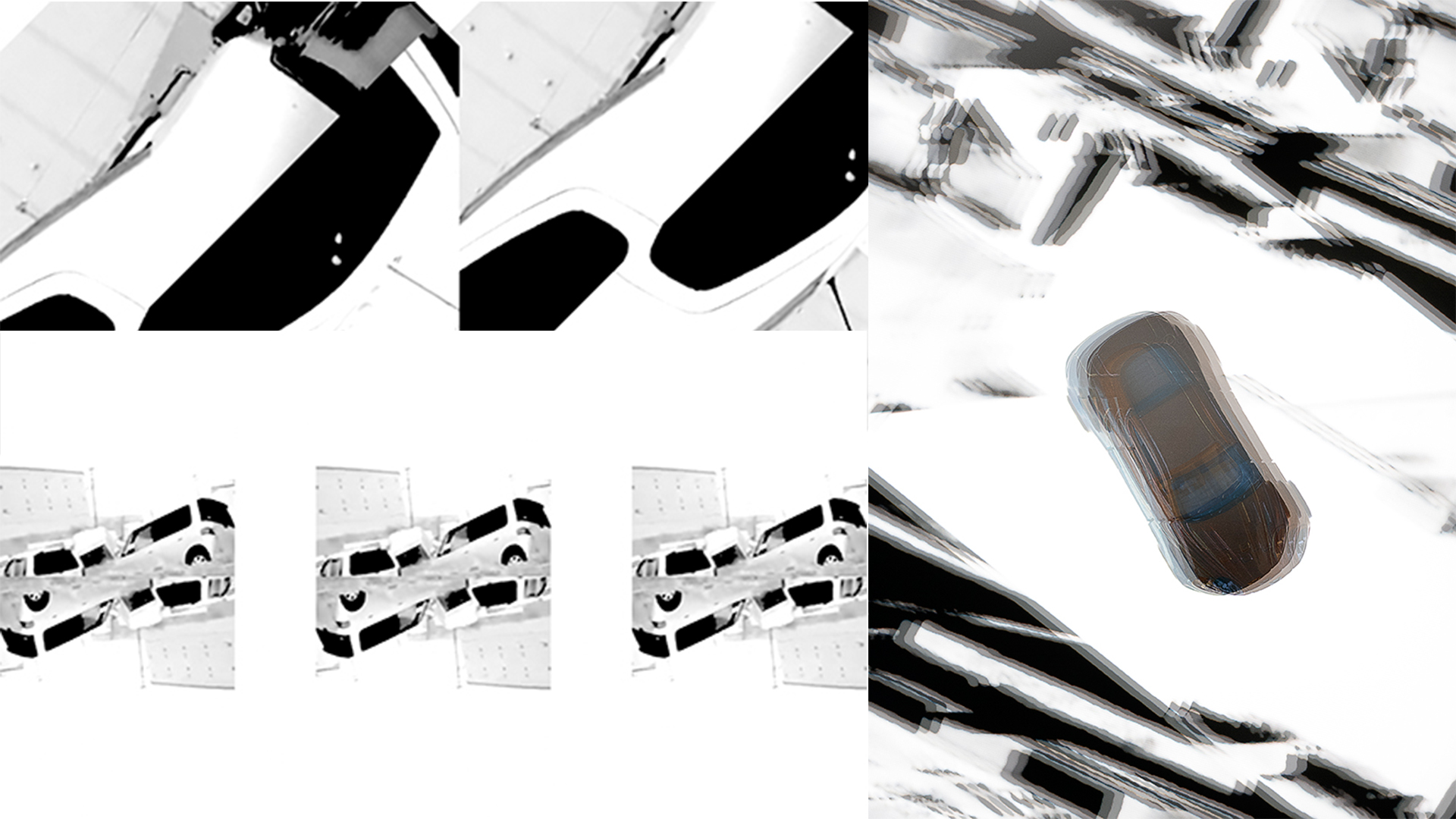 RESOBOX Gallery is proud to present RGB, solo exhibition of the works of Satoshi Tsuchiyama. Inspired by his personal experience with the earthquake and tsunami in Japan, Tsuchiyama created two multimedia works, RGB and The flow and the Geometry.
Incorporating the elements of entertainment and terror, each work investigates the boundary of reality and fiction in the contemporary society and mass media. Tsuchiyama’s approach to these notions and the various materials focuses on how to play and fold them.

It was my terror and entertainment that are made with the various shapes, their movements and the three colors of lights.

That day, March 11th 2011, I was not there when the earthquake hit Japan. I was here in New York, far away from my home country. The scenes of tsunami waves swallowing the towns of Tohoku and Eastern Kantou were broadcasted on American News channels. It was as if I was watching one of the Hollywood disaster movies. There was no difference that I could see from actors and the news reporters. The cars were like toys. The true tragedy seemed to have a face of entertainment. The sublime power of the chaos was taking over what people there had built, the order. I was fascinated with the overwhelming abstractions and assemblage with various materials, wondering how many RGB lights on the large TV-flat screen. What information or emotion did each light convey?

RGB is an interactive sculptural object that consists of the three parts. A minimal diorama of a scene of a disaster stands on the speaker that plays a low sound causing a vibration. Red, green, and blue lights are above, looking down on it and creating the shadow with uncanny color casts. Motion censor detects people and activates the lights. Interactive media artist Taezoo Park supported technical aspect of the work.
A found footage of a car in the tsunami is manipulated and projected on the parts of a car. The flow and the Geometry shows the sequence of abstract patterns and the rhythm. Its continuous births of geometric forms becomes a flux on the surface of the car, the work wanders around with the questions to the materialism. 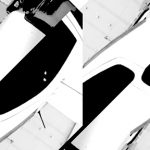 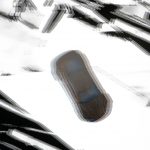 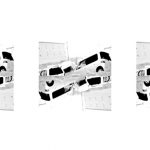 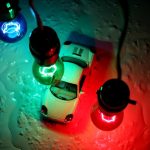 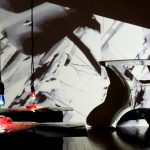 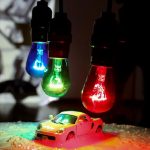 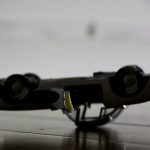 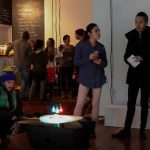 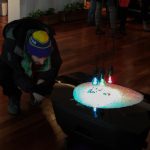 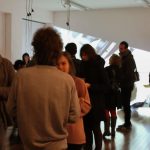 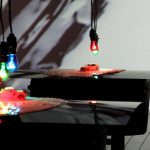 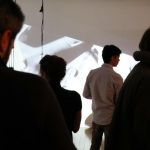 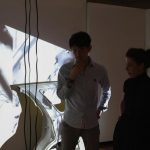 After 20 years of the first chapter of his life in Japan, Tsuchiyama decided to move to the U.S. He learned Visual Studies at SUNY University at Buffalo and completed a certificate program at International Center of Photography. His art is a hybrid of photography, video and installation that explores the notion of uncanny and absurdity in the urban dystopian situation. Currently, he lives and works in New York.