On December 28, 2021, the Japanese TV program “Fountain of Collaboration” featured the activities of RESOBOX’s Kendama Community.

RESOBOX’s “NY Kendama Community” was launched in May 2018.

Members of KendamaUSA, a professional kendama group in the U.S., and Yumu Kendama, a professional team based in Taiwan, gather regularly at our space to improve their skills and techniques. (Keep watching for announcements of our coming kendama events!)

In April 2019, we hosted an exhibition of Kendama produced by Yonemura Woodworks (Tottori City, Tottori Prefecture), founded in 1930. About 20 types of kendama, including beautifully crafted ornamental ones with Japanese patterns, attracted the attention of kendama players in the New York area.

The “Fountain of Collaboration” TV program, which we were lucky enough to be featured on, showcases a variety of new things created in different industries, such as collaborations between craftsmen with traditional skills and innovative new materials.

“ZOOMADANKE”, a performer who has been spreading Japanese kendama culture around the world, has decided to commemorate the 100th anniversary of the birth of kendama in 2021 by creating a unique kendama using Japanese technology to surprise people around the world. And he asked the television program to create a kendama.

Iwata Mokko in Hiroshima Prefecture, which produces 5,000 kendama by hand every year, made the base of the kendama out of light and durable mountain cherry, and Takeji Iwatani, a Tsugaru-nuri craftsman and traditional artisan in Aomori Prefecture, beautifully decorated the kendama through more than 40 different processes with the hope that Tsugaru-nuri would spread throughout the world. They used these traditional lacquering techniques to create a stunning kendama, which was featured on the program. Through all of these different channels, the art and sport of kendama is thriving in Japan, and in New York as well!

In addition to kendama, our company has been introducing many elements of Japanese culture to the world from New York, including bonsai, plastic models, ink painting, shogi, and ikebana. For the past two years, our activities have been reduced due to the Covid pandemic, but this year, we would like to revive our activities little by little to build a bridge between Japan and the United States.

If you have any suggestions for new initiatives, or if you are a company that is interested, please feel free to contact us. 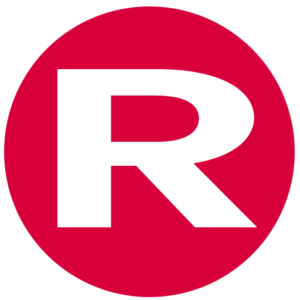