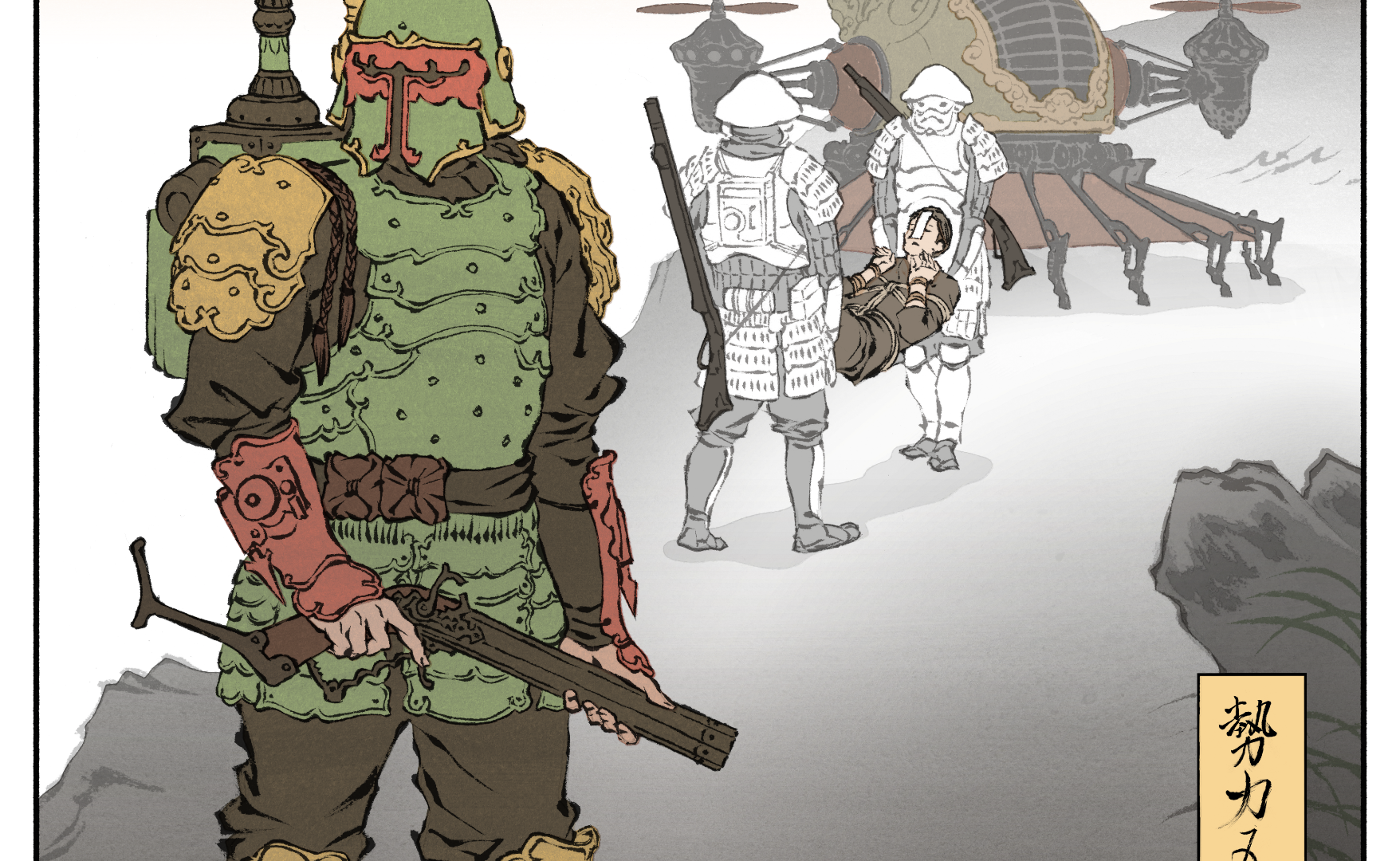 For hundreds of years, ukiyo-e (or Japanese woodblock prints) has depicted heroes, villains, and monsters in every conceivable genre. These artists strived to create inventive and vibrant scenes of entertainment, a “floating world”. To this day, that tradition of depicting a “floating world” continues, especially in video games. Boss fights. Invulnerable heroes. Holy swords. Even the classic double jump can be traced back to medieval Japanese legends.

To celebrate Japan’s contribution to video games, illustrator Jed Henry has taken his favorite game characters, and returned them to the ukiyo-e style. Modern costuming has been traded for the medieval, but the essence of each character remains, proving that you can’t take the Ukiyo out of these modern pop icons. With the help of Dave Bull, a craftsman trained in the art of Japanese woodblock printing, these illustrations are truly able to come to life. After Jed Henry designs each print, Dave Bull goes through an intricate process of preparing, carving the key block, carving the color blocks, and proof printing. In this manner, Jed Henry’s designs are truly able to come to life in the ukiyo-e tradition.

Japanese woodblock printing or moku hanga (木版画) is a technique very similar to Western woodcut techniques (ie: movable type and the printing press). A key difference, however, is in the type of ink used for each technique: in the Western tradition, oil-based inks are most commonly used, but in Japanese woodblock printing, water-based inks are used. This allows for a wide variety of colors, glazes, and even transparency.

Watch David Bull create one of these pieces right before your eyes! 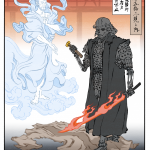 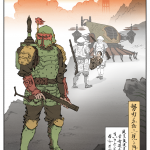 Jed Henry is an illustrator, lifelong gamer, Japanophile, and all-around nerd. He grew up copying art from game manuals, and years later, eventually got a degree in animation. He now illustrates children’s books, and dreams up crazy projects like Ukiyo-e Heroes. Jed lived in Tokyo for 2 years, and proudly speaks Japanese at about a 4-year-old level. Jed divides his time between drawing, his family, and wishing he were back in Japan.

Dave Bull has been in Tokyo since before Jed was born (!) having gone there to learn what he could about the craft of traditional woodblock printmaking, and has been making his living at it for nearly 25 years now. For most of that time, he worked as a solo craftsman (carving, printing, self-publishing), but for the past couple of years has been working with younger people to train them in the techniques, under the umbrella of his Mokuhankan publishing venture.