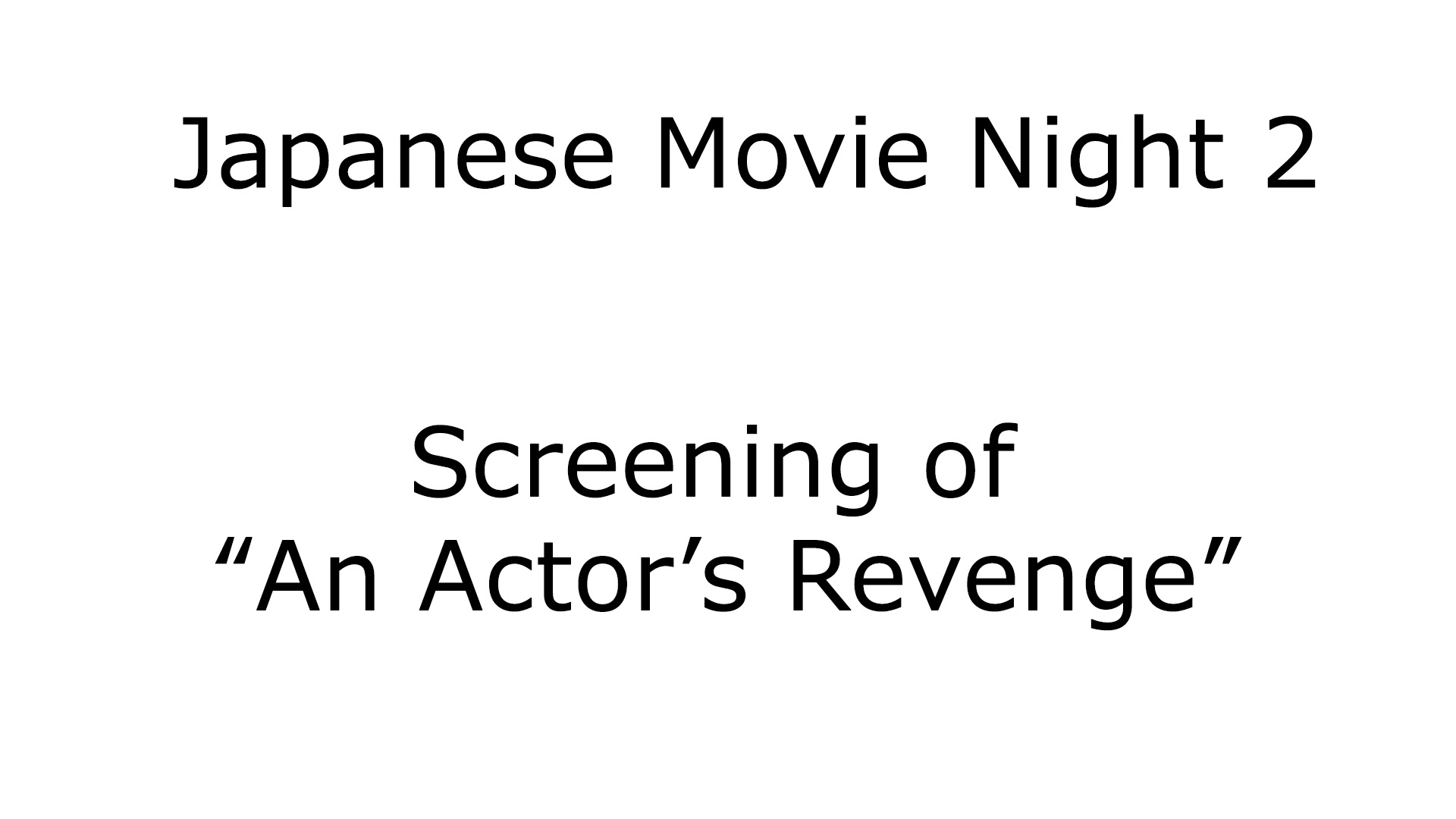 One of director Kon Ichikawa’s best known films, An Actor’s Revenge, is set in the heart of 19th century Edo. Starring Kazuo Hasegawa, re-creating his role from the 1935 black and white version, no attempt has been made to disguise the fact that the leading man has aged and is now 55.

The story is about the Kabuki actor Yukinojo, an onnagata who plays female roles in the all-male world of kabuki, on tour to the capital as part of a visiting troupe from Osaka. From the stage, he suddenly recognizes the magistrate, Sansai Dobe, who indirectly caused the death of his parents many years before. Setting in motion a plan to take revenge, Yukinojo uses all the skills of guile and persuasion available to an actor, not only against the magistrate himself, but also against his two merchant associates Kawaguchiya and Hiromiya. Yukinojo’s plan is enhanced when Dobe’s daughter, Namiji, who becomes an innocent victim in his revenge, falls in love with him after seeing him on stage.is now 55.

Although the film has been described as “pure camp,” it’s beauty is undeniable as director Ichikawa handles the medium in a very painterly way. The dance scenes from the Kabuki classic, Sagimusume (Heron Maiden), are stunning. Notable in the role of narrator, is Tokugawa Musei, formerly one of the most influential film narrators (benshi) of the silent film period.

Japanese classical dancer, Helen Moss who has given workshops and lecture /demonstrations to introduce people of all ages to the beauty of dance and Japanese culture throughout the New York area, will introduce the film, and give a brief commentary afterward.

The first 5 people who registered will get $5 discount on Japanese Classical Dance class at Resobox. (the offer is valid only those who have never taken the class before) – Your admission will be Free!!