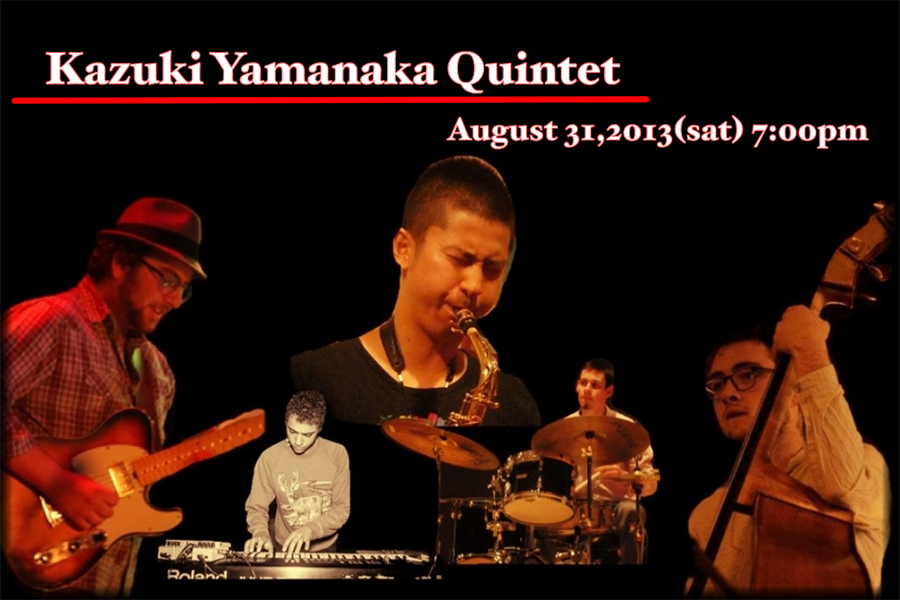 This is the first time we play together in one group. All of us are young talented musicians in twenties. We are going to play the original compositions of Kazuki Yamanaka, who is the leader of the band, as well as several jazz standard tunes and a Japanese folk song arranged by Kazuki. His compositions combine successfully beautiful melody rooted in Japanese sense and interesting contemporary jazz harmony. In this time, he first try to arrange and play a famous Japanese folk song in jazz style.

Kazuki Yamanaka is a saxophonist and composer born in Saitama, Japan. He came to New York in 2012 after he had been a professional musician in Japan for 2 years. Currently he is joining the master of music program at SUNY Purchase College and studying jazz with great masters, such as Jon Faddis, John Abercrombie, Steve Wilson and Jon Gordon. He is also studying the saxophone under Jim Snidero and Steve Slagle.

Ted Morcaldi is a guitarist and composer from the New Haven area.  Currently, Ted performs and records with the R&B group Mad Satta as well as frequent performances with the Hawkins Jazz Collective. He has been fortunate enough to study intensively under the direction of Christopher Morrison and Joe Diorio.

Noah Barker is currently working on a masters degree at SUNY Purchase College. Noah started piano at age 7 studying classical music and started studying jazz at 15, pursuing it at the University of Louisville. In school at UofL, Noah Barker found a serious interest for pop and experimental music and made it a part of his study. Barker has spent time studying under Kenny Werner, Hal Galer, Kevin Hays, and John LaBarbera. In addition to studying music, Noah spends his time writing music.

Dean Torrey is a 20-year old double bassist & composer from Southbury, Connecticut. He is about to enter his final year at SUNY Purchase, where he has the privilege of studying under Pete Malinverni, Scott Colley, Doug Weiss, Steve Wilson, Calvin Weirsma, and others. 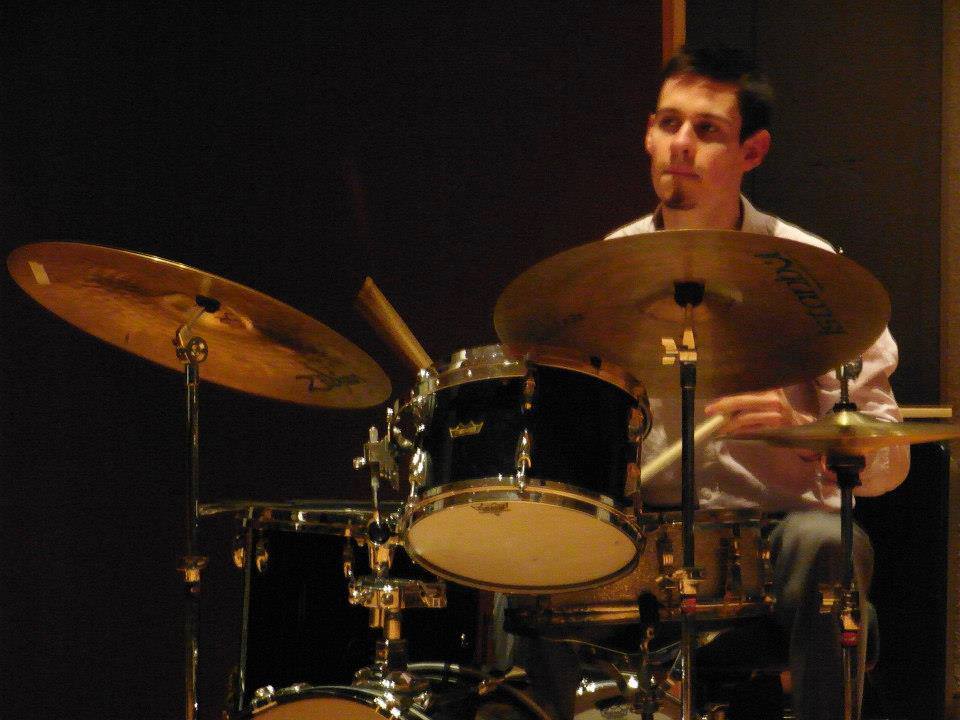 Michael Camacho is a 20 year old drummer hailing from Norwalk, CT. Taking an interest in the drums at the age of 10 he began lesson with local teacher John Cutrone. In 2010 Mike was selected to the CT Western Regional Band and All-State bands. Since then he has gone on to the Manhattan School of Music Pre-college division where he performed with the top ensemble and won first place in the national Charles Mingus high school jazz competition. Michael now attends SUNY Purchase where he studies with renown drummer and historian Kenny Washington. Michael has been fortunate enough to perform with older musican such as Don Hahn, Bennie Wallace, Peter Bernstein, David Dejesus and Peter Malinverni to name a few. 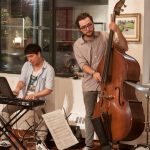 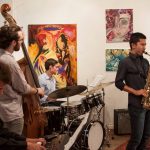 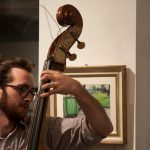 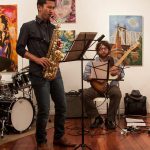 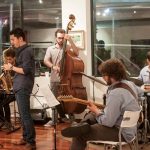 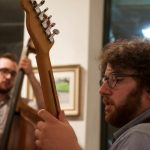 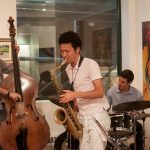 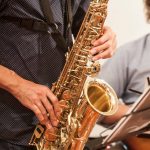