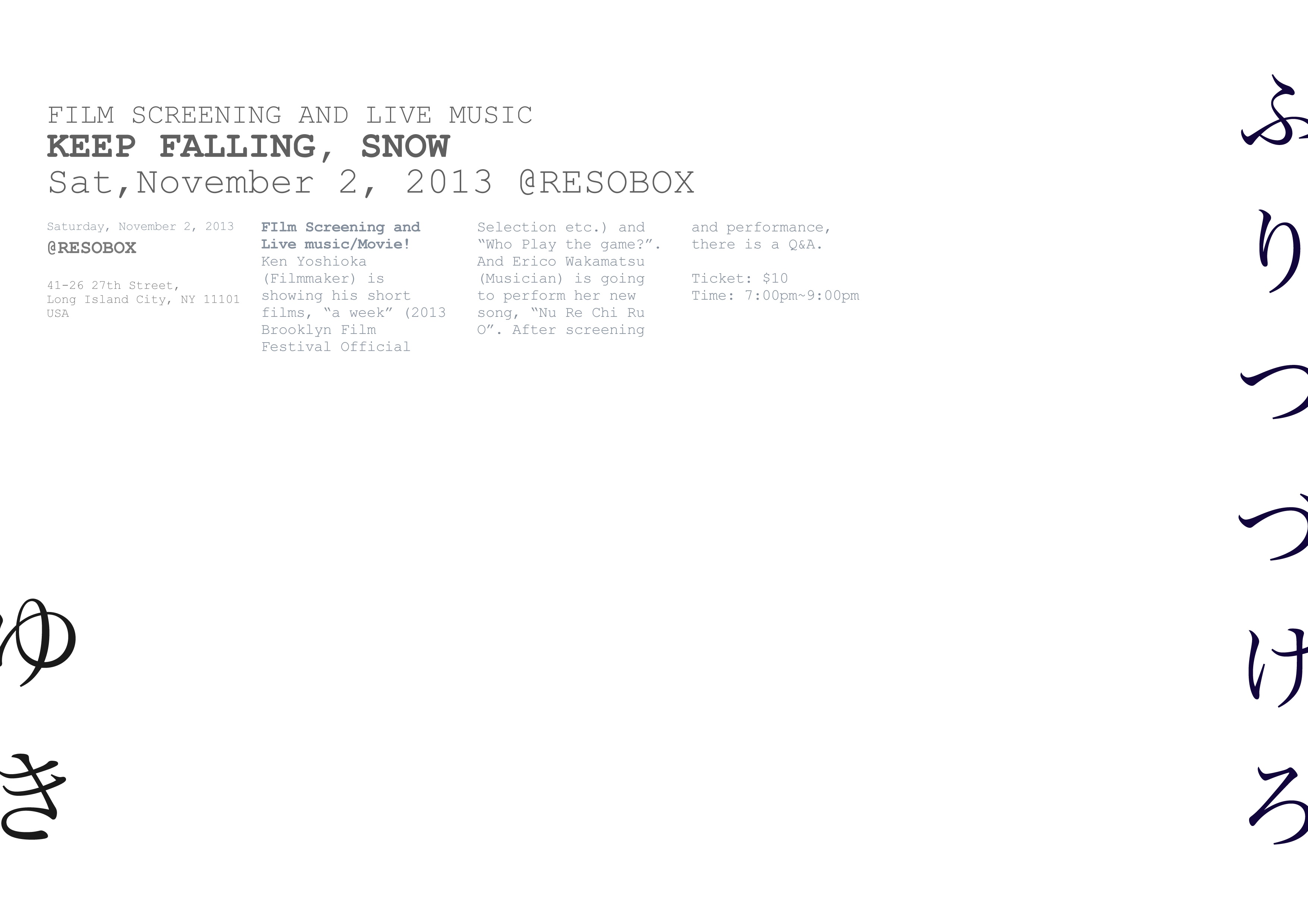 3.Talk Session/Q&A By Ken (and Erico)

a week trailer from Ken Yoshioka on Vimeo.

Short Synopsis
Inspired by the Japanese earthquake in 2011, A Week is about the father who has lost half of his family because of an accident. He tries to go one step at a time, starting a new life with his daughter.

“Who Plays The Game? (director`s cut)”

Short Synopsis
People in the dark room bet money for the fight between 2 blind people in the blight room. Who is playing the game truly?

Short Synopsis
People in the dark room bet money for the fight between 2 blind people in the blight room. Who is playing the game truly?

He was born in Japan and graduated from Waseda University with B.A. in Media, Body, and Image. He mainly studied Film (Yasujiro Ozu: ,Vim Venders John Casavettes and Robert Bresson), Photography (Jean-Eugene Atget,Shoji Ueda and Andre Kertesz), Art (Francis Bacon,Takashi Murakami and Yayoi Kusama) and Theater (Ishin-ha and S.Becket).
After the graduation, He entered New York Film Academy in New York in 2011 to study film directing and filmmaking. His thesis short film, "A WEEK" is selected in Brooklyn Film Festival2013 (Official Selection), New Filmmakers NY 2013 Spring, and Santa Monica Independent Film Festival 2013 (Honorable mention). He also did a radio interview with Voice Of America about that film and myself as an young independent filmmaker.

Loves picking up the sounds from any field
then re-construct by her reading then develop it as like audio-cinematgraphy
her sounds not really has the perticuler way to out also loves e x perimental stuff.