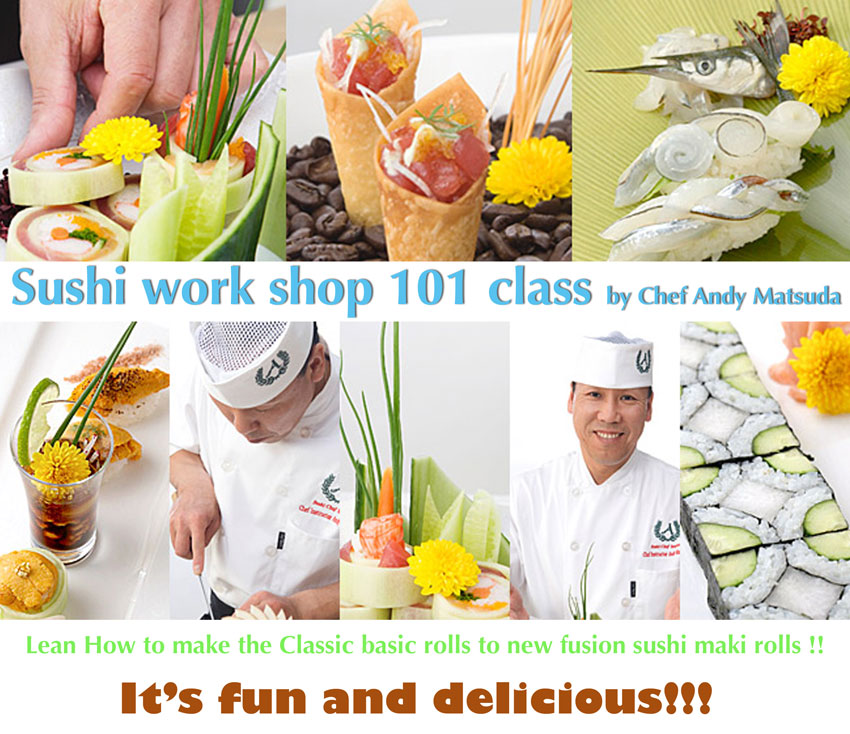 The Best Sushi School in LA is here for you

This class is for beginners, not for professionals.

No cooking experience is required.

ANYONE who wants to learn how to make authentic Sushi is welcome!

Chef Matsuda’s vision to the future
As a Chef, I would like to impart my knowledge of Sushi to various people, in accurate and comprehensive manner, in order for them to discover new aspects of Sushi and gain more interests in this field. Also I would like to teach and pass on my way of gratitude toward nature, love among individuals and peace among countries. I hope to instill the core of my teaching philosophy, which is based on my profound appreciation for the nature, family and society, to people from all walks of life. 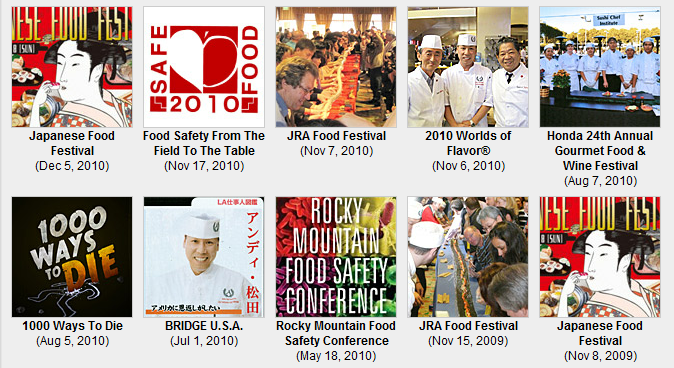 Chef Andy Matsuda was born near Kobe, Japan in 1956. When he was 9 years old, the family started a small Japanese restaurant, where he learned the joy of cooking. After graduating from high school, he began to work as an apprentice at ‘Genpachi’, one of the most famous restaurant in Osaka, for 5 years. He also became a member of Sushi Chef Organization called ‘Yosei-kai‘. At the age of 23, he returned to his hometown to help expand the family business. Once that was completed, at the age of 25, his new challenge in life was to move to Los Angeles, California.

His first job was in Little Tokyo as an assistant, but within a week was promoted to Chief Sushi Chef.
Since then, Chef Matsuda has worked at fine Sushi Bars in Santa Monica, Aspen, New York, and also has had the opportunity to work for major hotels learning to cook other ethnic cuisine, such as French, Italian, Thai, and many other cuisines.

At the age of 36, Chef Matsuda faced the biggest challenge of his life; he was diagnosed with Colon Cancer and began the battle for his life. Going through 4 years of intensive treatments and self reflection, he began to understand the relationship between food and health, people and environment.

Overcoming Cancer, he was full of appreciation and wanted to somehow pay back his dept of gratitude to American Society. This is his gift to America.

In 2002, he started Sushi chef training school in downtown, Los Angeles, “Sushi Chef Institute”. He teaches beginners and professional chefs from all over the world.