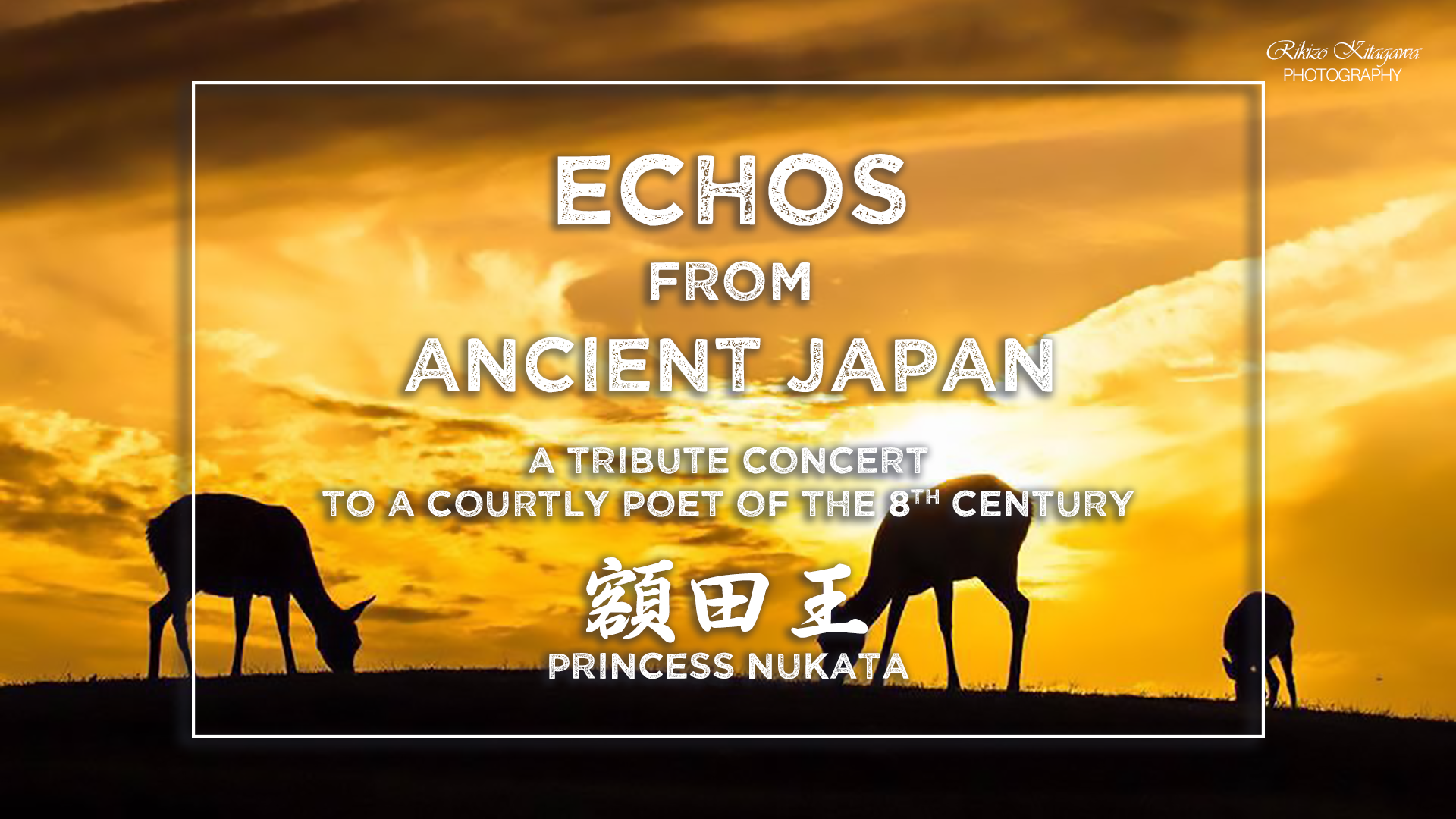 In the middle of the 8th century, a collection of 10,000 songs was compiled in Japan. Manyoshu (Ten Thousand Leaves) is unique because of the diverse background of the over 4500 poets, ranging from noblemen to commoners. The most notable among them is Princess Nukata, who was loved by two princes influential in founding ancient Japan known as Yamato. Through her gift for song writing, she successfully lived through these turbulent times. This concert is a tribute to this remarkable female poet. It is also the US premiere of the music composed by Tomoki Jiromaru who will be present at the concert.

The Poetry and Music of the Man’yōshū: An Introduction to the World of Ancient Japanese Song

The Man’yōshū is one of the most celebrated poetry collections in Japan, recording the compositions of thousands of poets across many generations spanning the Asuka and Nara periods. This esteemed collection is forever a part of the canon of Japanese and world literature, but at the time when these poems were being composed, they were in fact “songs” (uta 歌). These songs were composed and written as well as sung and performed to music, hand percussion, and chorus. The early Japanese poetic tradition was a living and dynamic art form hat stretched the bounds of literature and music.

In this short lecture, I will give an introduction to Man’yōshū the poetry anthology and to the cultural world of the Man’yōshū collection. I will discuss how these songs were performed and what poetry/song may have meant to the people who practiced them, particularly through the life and work of Princess Nukata. 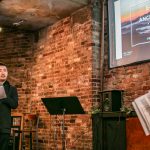 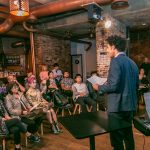 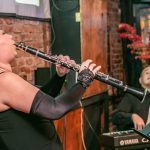 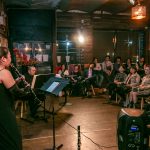 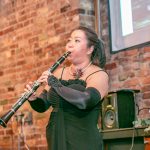 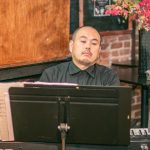 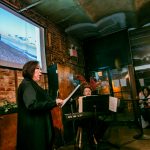 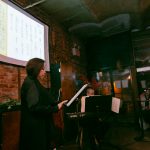 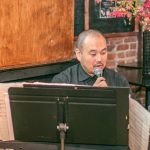 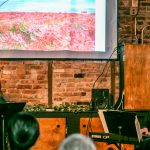 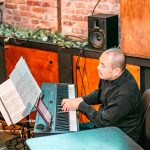 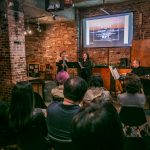 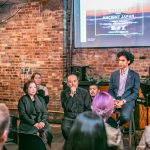 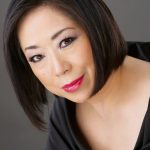 Acclaimed for her "full, fluent mezzo governed by secure technique," Mika Shigematsu made international headlines when she sang Elvira in the North American premiere of Bellini's I puritani (the Malibran version) for Boston Lyric Opera in 1993. Recently her portrayal of Mother Chen in Opera Theatre of Saint Louis’s An American Soldier was widely praised by critics, with the New York Times proclaiming “the affecting mezzo-soprano Mika Shigematsu, in a remarkable performance.”

Ms. Shigematsu has sung Beethoven’s Symphony No. 9 with Yomiuri Symphony Orchestra conducted by Gerd Albrecht, which was recorded for subsequent CD release; A Midsummer Night’s Dream by Mendelssohn with Kurt Masur; Sea Pictures by Elgar; several concerts and recitals in Tokyo and Osaka, one of which was subsequently broadcast nationwide in Japan by NHK; a Gala Concert at the Montreal Opera; concerts with Santa Barbara Symphony Orchestra; Duruflé’s Requiem and El sombrero de tres picos by Falla in Tokyo and solo recitals in Geneva (Grand Théâtre de Genève), Lyon (Opéra National de Lyon), San Francisco, Tokyo, Kyoto and Osaka; duo recitals with counter-tenor Brian Asawa in San Francisco and Lyon (with Christophe Rousset on the harpsichord at the Opéra National de Lyon). She sang in The Three Cornered Hat by de Falla with the Japan Philharmonic in Tokyo under the baton of Jesus Lopez-Corbos and the Verdi Requiem with the Kyoto Symphony Orchestra. Recently, she sang the Mozart Mass in C Minor and C.P.E. Bach’s Magnificat with the National Chorale at Avery Fisher Hal. 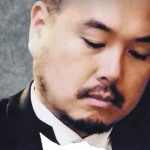 Tomoki Jiromaru was born in Fukuoka, Japan, in 1978. He started playing the piano at the age of five.
Though he was majoring in German literature at a university in Japan, he decided to start his activities as a piano accompaniment, and made his debut in 1998 in Osaka, Japan.

With his multiple and unique talent, he has also started his activities as a music arranger since 2001, as a music composer since 2007, and as a story reader since 2016.

He is a Lecturer of German Lieder and Poetry, and Musicology at Osaka College of Music, Ochanomizu University, and The Open University of Japan. 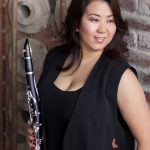 Fulfilling a childhood dream, Dr. Maiko Sasaki, a clarinetist, enjoys her professional career as a solo/chamber/orchestra musician. Dr. Sasaki plays in prestigious orchestras such as River Oaks Chamber Orchestra, Opera in the Heights, Gilbert & Sullivan Society of Houston, Chamber Orchestra of San Antonio. She has also been featured in many chamber concerts such as the Kennedy Center Conservatory Project, the ROCO Connection Series, Musiqa, and Take Five -- a Houston Symphony’s outreach program to just name a few. Growing up in Japan, Dr. Sasaki is reserved, kind, and friendly in person, yet dynamic and expressive on stage. Sydney Boyd, a critic in Houston, describes Dr. Sasaki’s performance “The clarinet solo in Act Two was exquisite and full of the overwhelming emotion vivid throughout the libretto and score, adding, almost inconceivably, to Violetta’s heartbreaking plea “Love me as much as I love you!”. For her passionate and inspiring performances, she has been awarded the Presser Music Award--which is given to an artist demonstrating excellence and outstanding promise for a distinguished career in the field of music.

Since 2011, Dr. Sasaki has co-founded an ensemble “MATIMA” with pianist Dr. Makiko Hirata. Its mission is to promote music as a universal language to help us transcend our differences through a communal sensory experience. Their programs and events are always socially relevant, focused on shared experiences, rather than the traditional ritualistic presentation, and designed to delight their audiences. Through her collaboration with Dr. Hirata, Dr. Sasaki was inspired to release an album “The Greener Grass” which features her original transcriptions for clarinet of many beloved master pieces, such as Debussy & Franck Violin Sonatas, without compromising the charm of the original compositions. For her unique contribution to the body of clarinet literature and their collaborative artistry, MATIMA was invited to perform as guest artists at the International Clarinet Association’s ClarinetFest 2015 in Madrid, Spain. In MATIMA’s latest album “100 Years: Early Beethoven and Late Brahms,” two musical doctors from Rice University show their profound understanding of music and give fresh view points on those great composers’ master pieces over the centuries.

Beyond Dr. Sasaki’s talents as a musician, Dr. Sasaki also excels in the full scope of musical producing as well as graphic design, audio engineering, computer technic, etc. Her latest project is a non-classical CD “Vitalize” with pianist Yoko Kuromaru. Dr. Sasaki arranged this collection of refreshing and delightful pieces with MIDI instruments to energize our daily lives! 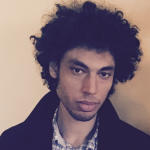 James Scanlon-Canegata is a fifth-year PhD candidate in Japanese literature at Yale University. James specializes in ancient Japanese literary and musical culture, looking at the role of music and performance in Japanese court poetry (waka, kayō).

Before starting his PhD, James lived in Japan for several years where he worked as an English teacher on the JET Program and attended Kyoto University as a junior researcher. James completed his master’s degree in linguistics from the University of Hawaii in 2014. James is currently preparing to leave for Tokyo where he will be attending Keio University as a Fulbright Fellow for 2018-19.