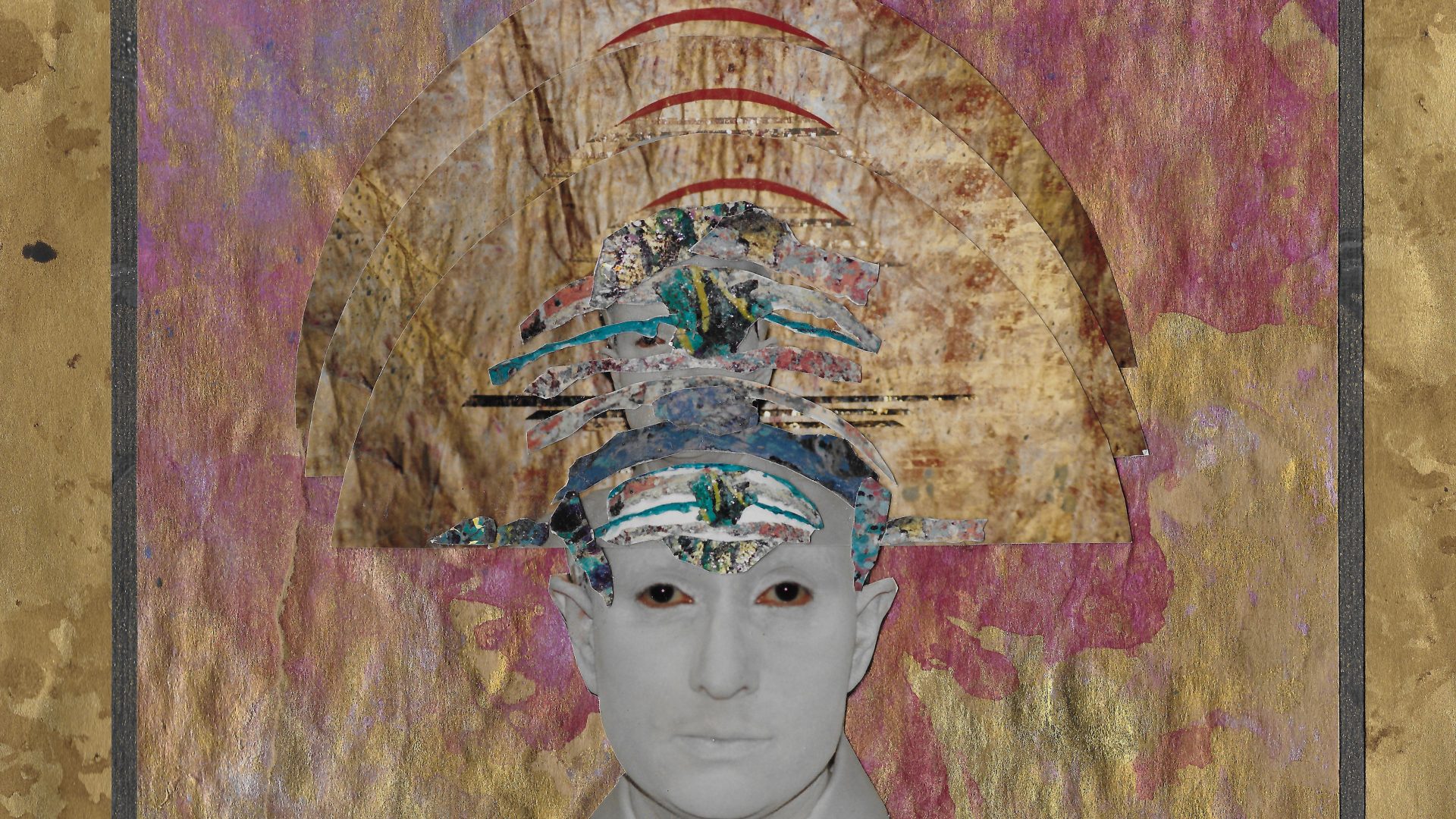 Katherine Radcliffe, a professional artist, was inspired to collaborate with Helen Moss during a time when Helen was studying classical Japanese dance. Katherine, fascinated by how completely shironuri (traditional stage makeup) transforms a face, asked Helen to model for photographs so that Katherine could capture the dramatic changes as they were happening.

All of the photographs in the exhibit were taken before the advent of digital photography, and so were hand cut to create mixed media collages.

Tsugaru Shamisen master, Kouzan Oyama and his student, Doanh Nguyen will be performing a few pieces during the opening reception on Thursday, April 12. 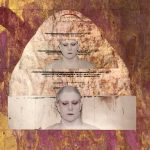 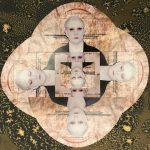 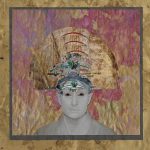 In her over 30 years as a professional artist, Katherine Radcliffe has most often worked in marbled printing on paper as her medium of choice, in addition to the the many other techniques she uses for creating decorative papers and fabrics.

She received national and international recognition early on, and examples of Ms. Radcliffe's work with marbled printing appear in many books about the subject that have since become classics in the field. Feature articles about her hand-marbled fabrics appeared in Women’s Wear Daily (1984), and in Americana Magazine (1979).

Highlights from commercial applications of the artist's work of which she is especially proud, include backgrounds for all of the Life Magazine pages in a feature article celebrating the 60th birthday of Jackie Onassis; a Tiffany commission; a card design for UNICEF; and a special commission from King Hassan of Morocco for a birthday gift for President Bill Clinton. Ms. Radcliffe also produced fabrics for fashion designers Bill Tice and Giorgio di Sant'Angelo that were featured in Bazaar Magazine and The New York Times. She also created many packaging designs, including for companies such as American Express, Bloomingdale’s, and L’Oréal.

Katherine Radcliffe’s work has been shown in the galleries of Scott-Foresman Publishers, Arrowmont School of Arts and Crafts, The Rochester Institute of Technology, the Franklin 54 Gallery and The Interchurch Center in New York City, among others.

A full-tuition scholarship student, Katherine Radcliffe graduated in 1965 from The Savannah College of Art and Design (formerly The Atlanta College of Art).