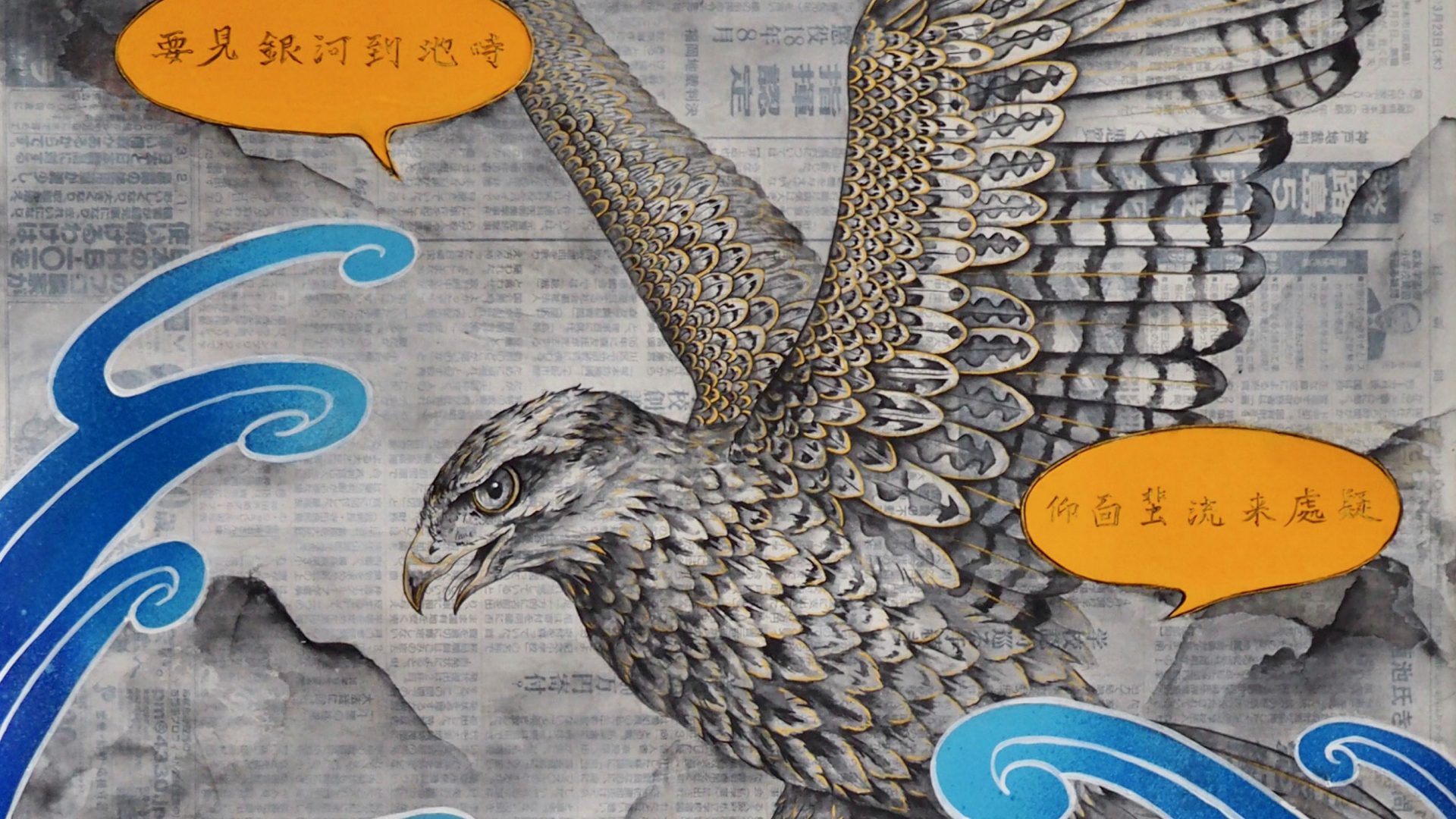 Yuki Ideguchi’s subjects are primarily nature. Japan is blessed with a distinct four seasons, and each season has its own natural beauty. Themes from Chinese and Japanese mythologies and folklore are also included, as well as cultural connections with other countries.

One of the most important themes of his work is “Life and Death”.

In Buddhist teaching, all things are impermanent. Ideguchi aims to depict these ideas in his paintings. For example, the painting of the skull represents death, while the waves represent constant change and impermanence. Even animals and plants are interconnected with them in the recycle of life. In other words, they are all parts of nature.

The concept of “Life and Death” exists in different cultures. But, in Japanese buddhist philosophy, one death means the beginning of new life, which signifies reincarnation. It also means the ebbing and waning of tide, and waxing the moon are all parts of nature.

Ideguchi’s paintings are often mural-sized, reflecting the classical Japanese wall painting and graffiti art simultaneously. His techniques are a blend of Nihonga, which means “Japanese-style painting” and graffiti art.

Nihonga painting was developed during the 19th century, when the influence of Western art was overwhelming, in order to create a uniquely Japanese style instead of just copying western art.

In Ideguchi’s own distinctive practice, mineral pigments, silver and gold leaf, animal glue, acrylic, and spray paints are used to cover the canvas. Japanese paper also known as “Washi,” a particular type of paper made of a Japanese plant similar to reed is also used, which enables the artist to create a distinctively Japanese-styled painting .

By combining the Nihonga —itself a mixture of Western and Eastern styles— with Japanese folk art, religious art, pop culture, manga, as well as various international art forms and techniques, Ideguchi has created his own distinctive style. 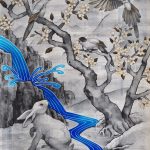 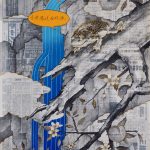 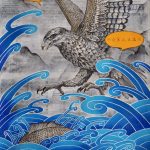 Ideguchi’s work focuses on transience of life, and the conflict between life and death. They are based on the natural features, ideas, history and culture of Japan, with influence from China, other Asian cultures, and the United States. The aim of his work is to foster greater understanding not only of Japanese culture, but also of cultural connections among Asia as a whole and the United States. He moved to New York shortly after finishing his MA in Japanese painting at Tokyo University of the Arts in 2013. After moving to New York, he changed his media from mineral pigments, dye ink, black ink and paper to acrylic, spray paints and canvas. The colors on his canvas became more vivid and his adoption of a pop-style artwork has given his work a more universal expression.