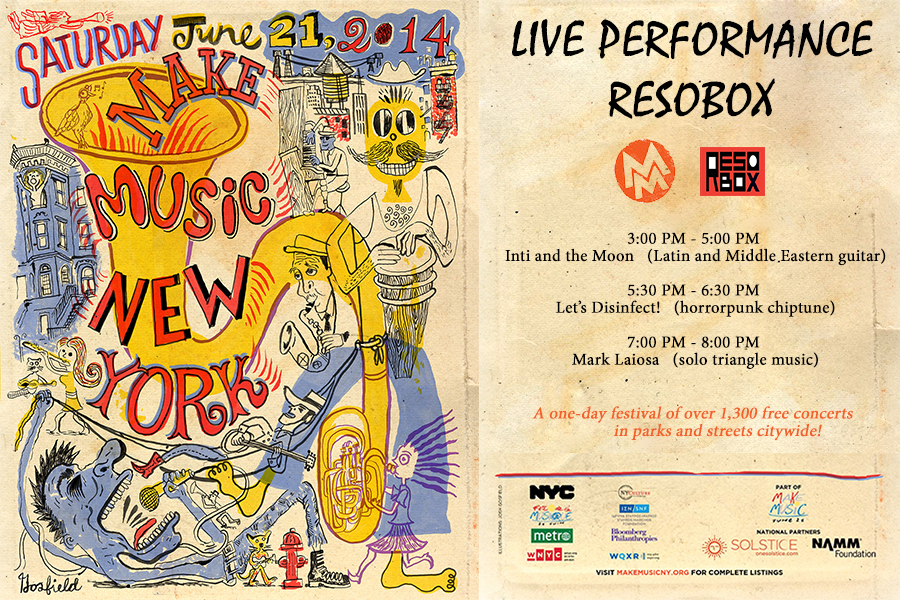 A one-day festival of over 1,300 free concerts in parks and streets citywide! 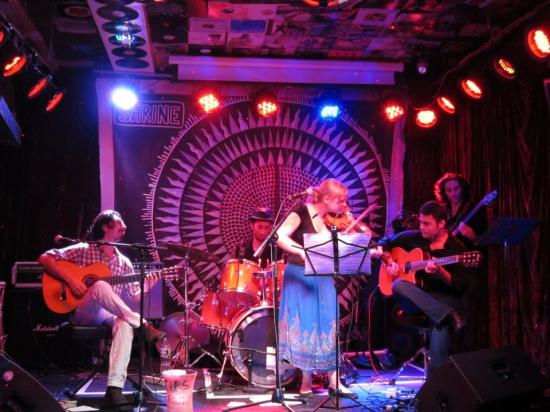 Inti and the Moon

Latin World
A mix of Latin and Middle Eastern music, using the influences of flamenco and jazz and combining them with Spanish guitars. 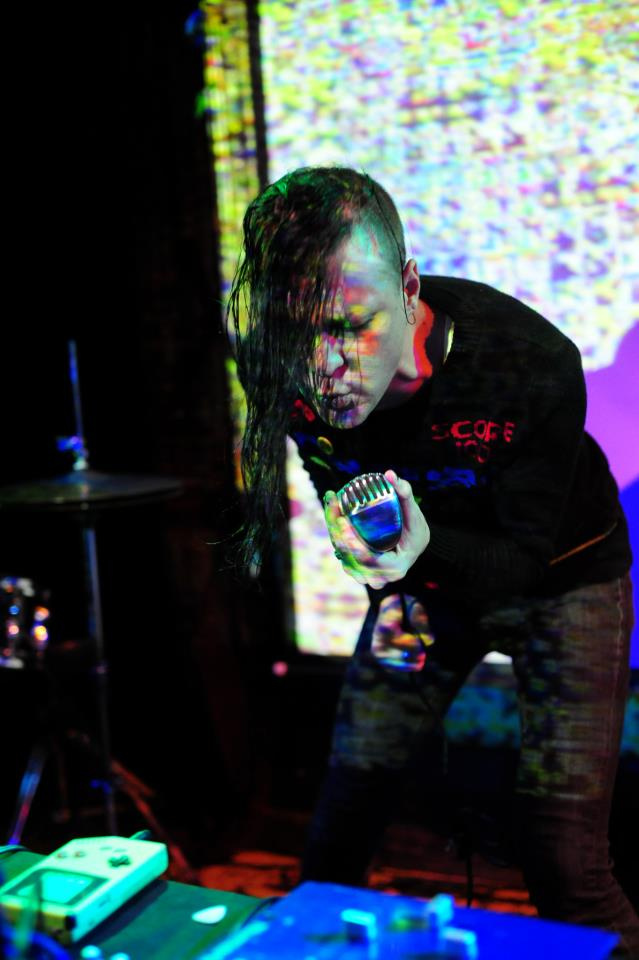 Electronic Indie-RockRock
A one man war on the technology that has enslaved humanity. An apocalyptic sonic assault. Horrorpunk chiptune.

About Let’s Disinfect!: ” =LET’S DISINFECT!+ is the solo electropunk/chiptune project from Sean Monistat. +LD!+ features sci-fi and horror lyrical themes with beats and synths provided by obsolete video game systems. The result is a menacing and challenging blend of The Misfits and Mega Man. The new EP “”+LET’S DISINFECT!+… in Space!”” is available on Datathrash Recordings. 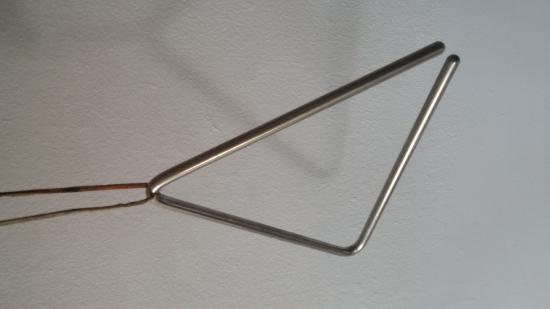 About Mark Laiosa: Solo triangle music, appropriate for tunnels, tanks, large rooms and spaces with divine acoustics. A triangle is played for 45 minutes and uses pieces of material to change the resonance and timbre.

Thank you for choosing this Triangle Music performance to welcome Summer 2014.  The concert venue number 1085 of Make Music New York.  Special thanks to Takashi and RESOBOX for permitting Triangle Music’s performance.

Triangle Music was premiered in New York City in the closing years of the last millennium and performed in Japan, Europe, and several major US cities.

For the maximum Triangle Music experience and the enjoyment of all, let us be free of cell phones, cameras and videos, and focus on this special time.

> View the program in the Metro New York e-reader [here]