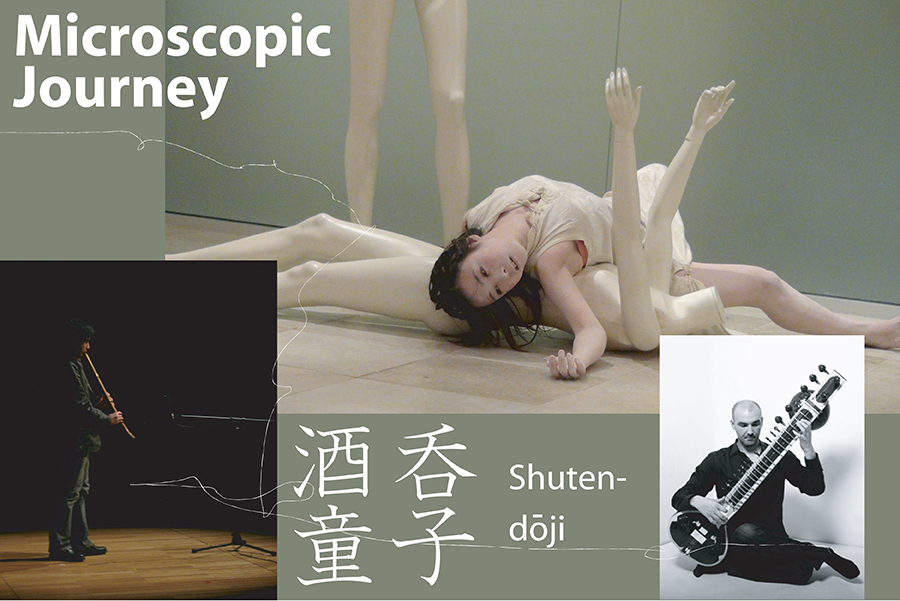 Shuten-doji is a mythical oni leader or like an evil yokai in Japan. It has various birth legends.

“Shuten-doji, according to one legend, was born at Ganbara, Echigo. However, there is also the idea that from the base of Mt. Ibuki, where in literature like the Nihon Shoki, in the legend of the defeat of the giant snake Yamata no Orochi to Susanoo in a battle, it fled from Izumo to Ōmi, had a child with a wealthy person’s daughter, with that child was Shuten-doji. Both father and son had a matchless thirst for sake, which is often cited as support.(by wikipedia)”

In this performance, Shuten-doji might  be able to be like a score  for performers to create their own images. Also the performance can be expected that the sounds and movement resonate with the exhibition space and excellent works by Shoko Kazama – BOKUSAI. 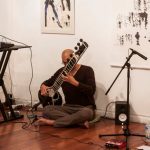 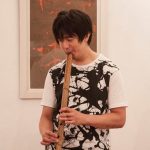 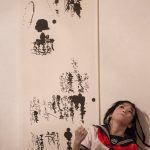 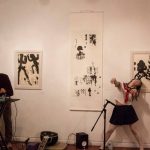 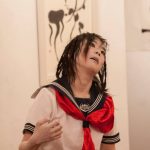 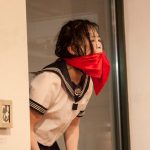 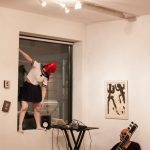 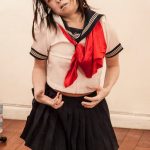 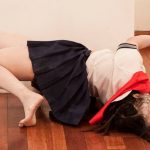 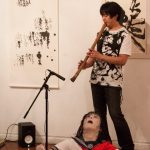 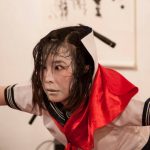 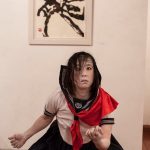 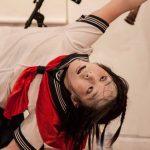 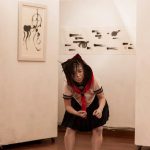 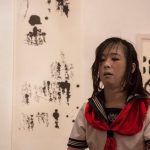 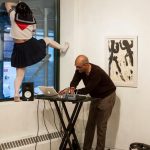 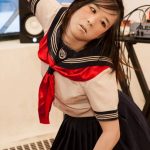 Michiru Inoue, born in Japan, is a butoh dancer. She has been performing butoh since 1999 in Tokyo, currently performing in NY and Japan. In 2001, Michiru won the New Artist Award of the Japan Dance Critics Association for her solo performances at Terpsichore, the legendary performance space in Tokyo. She participated in Dance Hakushu Festival , which was directed by Min Tanaka, and many other projects. Currently she has been collaborating with Tamio Shiraishi (saxophone), Gian Luigi Diana (sitar, laptop), KenYa Kawaguchi(Shakuhachi) and worked in myriad exprimental improvising sessions with newyork-based musicians.

G.L.Diana ( 1972 ), born in Italy, currently living in New York,  He lived in India from 1999 to 2007, studying Hindustani Classical music, vorcal (dhrupad style ) and sitar. He is a disciple of world renewed sitar Master Ustad Shahid Parvez. Along with sitar, he is also very active in the NYC downtown music scene as a laptop improviser in different avant-garde contexts as well as a contemporary composer.

KenYa Kawaguchi, born in Hiroshima City, is a Japanese shakuhachi musician. He has been living in both New York City and Hiroshima City. He plays an un-lacquered, un-jointed, bamboo flute to help express his music directly and transcend any separation between performer and instrument in the tradition of Watazumido, and has been inspired by the playing of John Coltrane and Eric Dolphy. He debuted with a work by John Cage at the Museum of Contemporary Art Tokyo. He had participated in the Annual Opus Medium Recital at the Tokyo Opera City Hall, and currently participates in Karl Berger`s Improvisers Orchestra. Kawaguchi is a member of Seiji Nagai Group, and Guignolz Band.