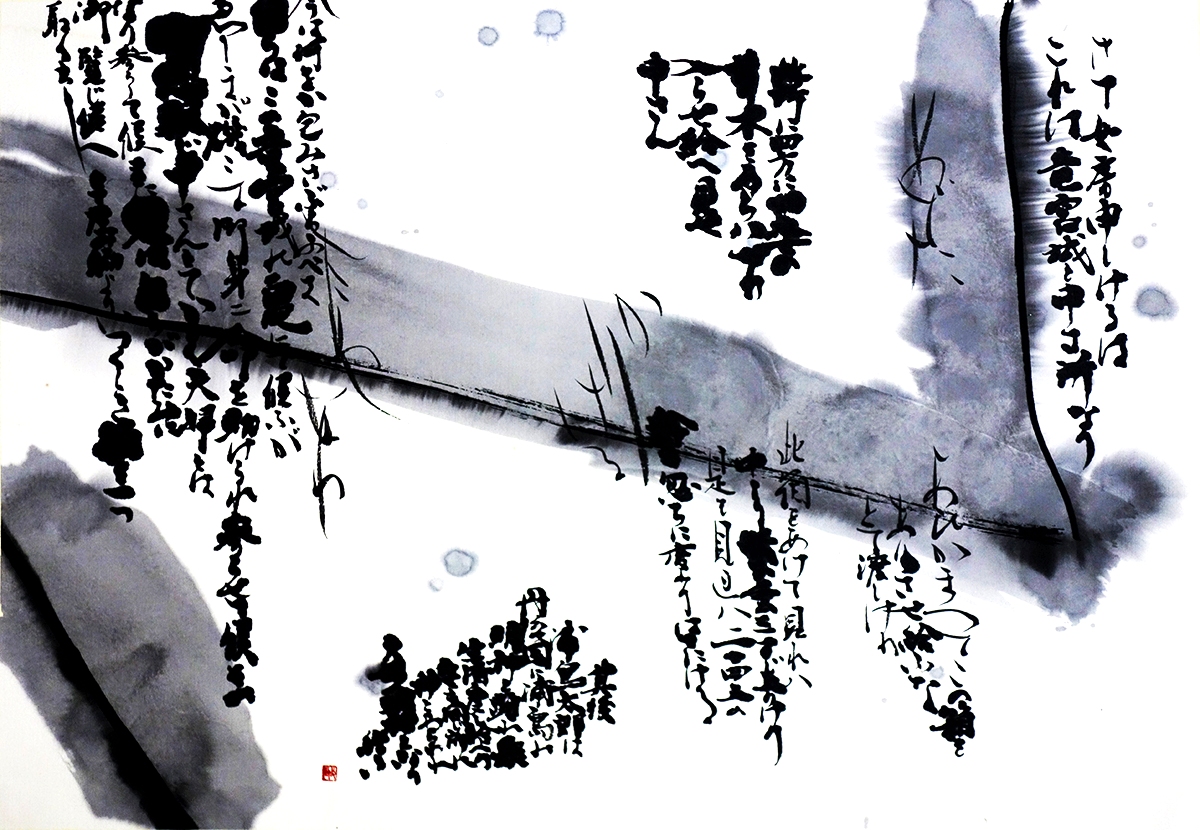 As the word “Bokusai” (boku is ink and sai is color) tells you, there are various colors found in the colors of black and white.

Some go together well but others oppose each other.

Therefore, there is a certain charm to expressing these colors, since it’s both difficult and pleasurable.

Sho (calligraphy) is the result of pursuing the possibilities to express the invisible part through the visible part.

The way of life of a calligrapher is to believe this and keep drawing.

The theme of this exhibition is Otogizoshi, stories from Muromachi period (13th century) that have been passed down verbally among children in Japan.

I hope you feel the possibilities of expression from both the invisible and visible parts.

I’d like to thank everyone who helped me hold this exhibition in New York. 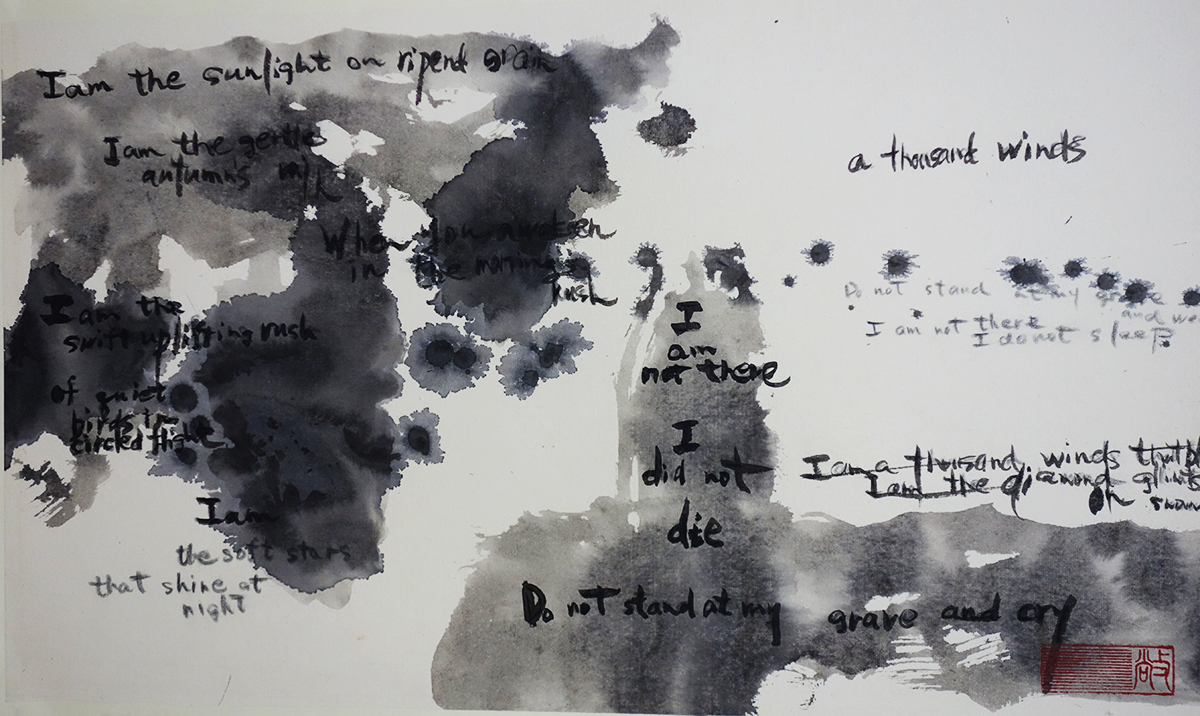 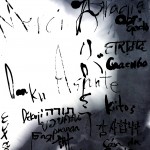 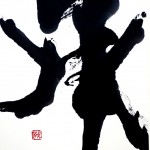 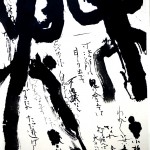 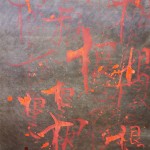 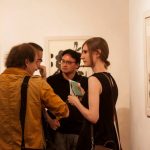 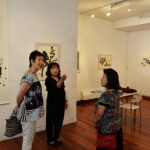 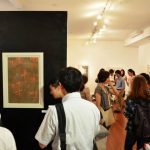 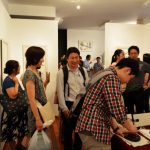 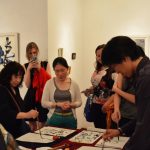 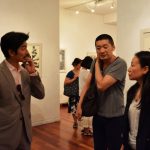 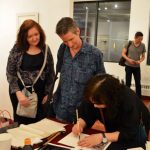 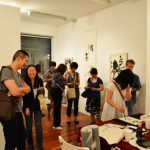 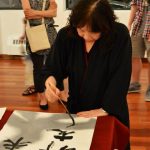 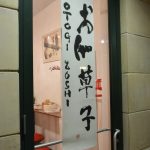 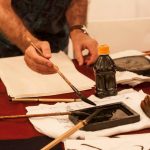 Born in Yokohama City, Japan, Shoko Kazama was fascinated by drawings, especially Chinese characters and composing poems as a child. She studied calligraphy and passionately orchestrated the brushes, Japanese paper, and Chinese ink.

The unique richness, complexity and depth of Chinese characters coupled with the unpredictable nature of her material challenged her beyond her limits. Her works capture the vast real, of real to abstract universe, or somewhere in between.

While being immersed in her hobby of studying calligraphy when she was a student, and with the guidance of two great mentors, she was able to walk the path of a calligrapher.

After she had been learning the basics, she wanted to pursue her own calligraphy,  she became independent.

She is now the distinguished official calligrapher of the renowned Zen sect, of Kencho-ji sect with its high temple in Kamakura, Japan. Polishing human nature by teaching calligraphy to Zen priests and ordinary people, she aims at creating pieces in which one experiences the potential of the piece and then the universe.

Through these solo exhibitions in various places, her experiences have shown up in her artwork, little by little.

“This time, I'm holding my solo exhibit in New York City, a place where art is harshly criticized. However, by being here, I have faith that NY will guide me in the right direction. I'm anxiously awaiting the many opinions and advice from everyone."

There will be a calligraphy workshop by Shoko Kazama