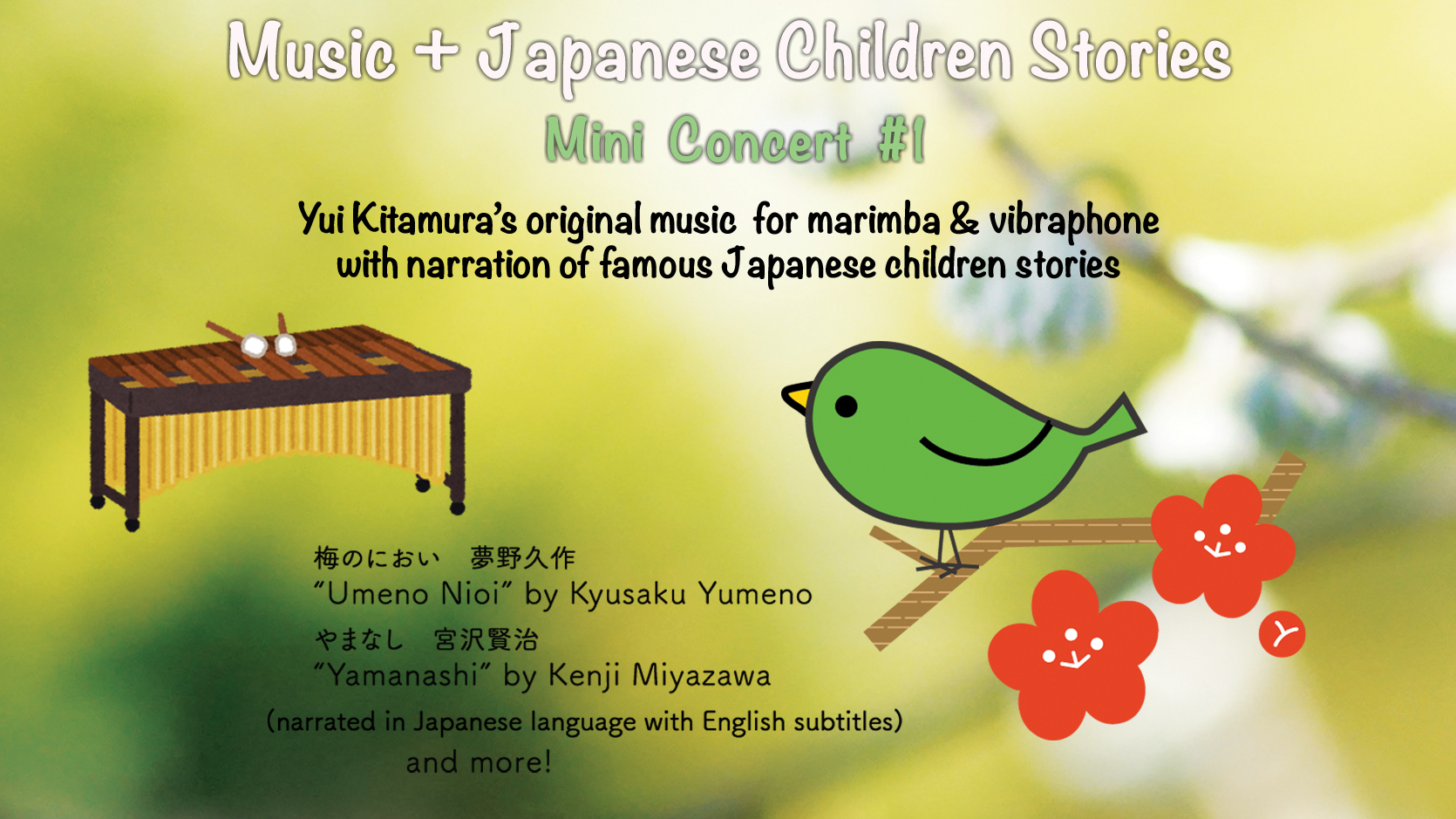 Join us this coming Sunday, March 11th for an adventure into famous Japanese children stories performed with unique pieces by Yui Kitamura! This 70 minute concert will feature beautiful original music for marimba & vibraphone, paired with narration of famous Japanese children stories. Long time percussionists Chihiro Shibayama and Maiko Hosoda will take on the role of bringing audiences into the wonderful world of Japanese folklore and children’s stories. Pieces such as 梅のにおい 夢野久作 “Umeno Nioi” by Kyusaku Yumeno (World Premiere), やまなし 宮沢賢治 “Yamanashi” by Kenji Miyazawa (U.S. Premiere), and more will be performed and narrated in the Japanese language with English subtitles. This mini concert is perfect for all families and beginner/intermediate-level Japanese language students!

*This concert is made possible in part by the Queens Council on the Arts with public funds from the New York City Department of Cultural Affairs in partnership with the City Council. 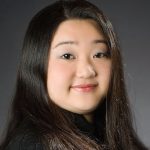 Her music was nominated for a 2011 Hollywood Music in Media Award in the classical/orchestral genre and her song “Omoide” was performed by world renowned bassist Gary Karr for the Emperor and Empress of Japan as well as at the Sendai Classic Fesival in Japan. Her latest album “Story+Music Collection Vol. 1” (Mustravel) was released in Japan in January 2018.

Ms. Kitamura is currently Artistic Director of MuSE (Multicultural Sonic Evolution). She holds Bachelor and Master of Music degrees in composition from The Juilliard School and a Master of Fine Arts from New York University’s Graduate Musical Theatre Writing Program at the Tisch School of the Arts. 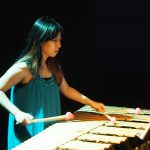 Native of Yokohama City, Japan, Chihiro Shibayama is a New York City-based freelance percussionist. She recently finished performing Miss Saigon on Broadway in Jan. 2018. Her Broadway debut was as one of three on-stage musicians in a new adaptation of The Cherry Orchard starring Diane Lane in 2016. She has performed for the renowned Radio City Christmas Spectacular, NBC's Good Morning America, and The Metropolitan Opera. As an educator, she is a percussion faculty at Diller-Quaile School of Music since 2013. Ms. Shibayama earned Bachelor of Music and Master of Music degrees from The Juilliard School in 2007 and 2009. She is a Pearl/Adams concert artist. 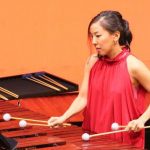 New York-based Percussionist Maiko Hosoda has a great passion for playing new music. She has been collaborating with many productions including Rhymes With Opera, Ensemble Mise-en, Ensemble 212 to name a few. She is also a member of Beyond Borders Percussion, making a debut in Eindhoven, Netherlands. She has been recognized internationally as a music educator as well and invited as an instructor by Japan Society for Contemporary Music and others. Maiko has won numerous awards including first prize of Miyanichi Music Competition, winner of the Mannes Concerto Competition, and earned a Master’s degree winning the Mannes Orchestra Performance Award at Mannes College the New School for Music.