A Japanese musical “Count Down My Life” will be presented as part of the 2013 New York International Fringe Festival. It will have 5 performances between August 9 –15.

As a preview of the show, TipTap is hosting an event for those who are wondering what’s behind the story at RESOBOX.

A theatrical produce unit, founded by voluntary alumnus members of Waseda University in 2006.  Although it started out as a theatrical company, now we work as a producing unit, casting different actors for each show. Our show covers all types of categories such as ensemble plays, situation comedies, nonsense, and serious dramas.  We try to create high quality entertainment of all kinds that can match the world. From 2011 we performed “Count Down My Life” which started as a workshop performance and after two successful revival performances in Japan, our dreams came true this summer, and it will be performed in New York.

our dreams came true this summer, and it will be performed in New York.

Tip Tap has 9 original musical, all written and directed by Ikko Ueda.

「Count Down My Life」

It is one of the largest multi-arts festivals in North America.  More than 200 companies gather to perform in more than 20 theatres located in Downtown Manhattan. In other Fringe festivals, as long as the applicants pay their participation fee applicants are given an equal chance to perform by lottery. However in New York they employ the jury-based selection process and so the acts are selected based on their artistic qualities. Notable shows that premiered at the New York Fringe include “Urinetown” and in recent “Silence! The Musical!”, a parody musical of the movie”Silence of the Lambs” has been premiered in this festival and has been a long hit off Broadway. Every year more than 75000 people gather to the New York Fringe Festival.

About Count Down My Life

Dreaming to be someday performed in New York this    performance was first performed after 2week workshop in October 2011.We received many favorable reviews and so it was performed again as an official theatre performance in February 2012. We performed for 2 weeks which is a long-run for fringe theatres in Japan. In August 2012 we brushed up this performance and moved our theatre to Nakano the Pockets and made our revival performance. We have topped 2600 audience in total.

A would-be playwright has given his dream a time limit to either succeed by 30 or if not to give up his dream. However so far almost turning 30 he is not seeing positive results. On his 29thbirthday he fail the New Playwright Award which the results get announced every year on his birthday.

One year left until the age of 30. The man decides to give  in all his energy to take his last chance to write a new play, the one play to continue his career as a playwright. He begins to write a play based on his girl friend he lost 5 years ago in an accident. After starting to work on this play suddenly a mysterious boy appears as his fan.

Who is this mysterious boy?  As his script writing proceeds he suddenly finds an letter from his dead girlfriend and finds out an shocking truth that was hidden from him. “Count Down My Life” is a rock musical questioning the meaning of life.

A founder of the theatre company “Tip Tap” and is the director    and playwright for all of the company’s shows. Graduated Waseda University and now works for TOHO Co.,LTD.

Worked as assistant director with directors such as,

Worked as an assistant stage manager for

From 2012 Ikko is studying in New York for a year as a fellowship of the Agency for Cultural Affairs’ Japanese Government Overseas Study Program for Artists.

Photo from the Exhibition 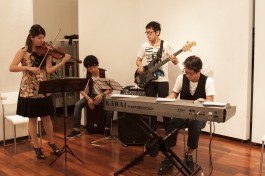 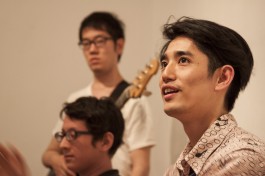 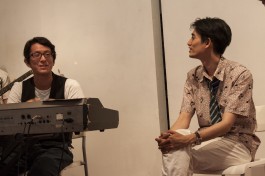 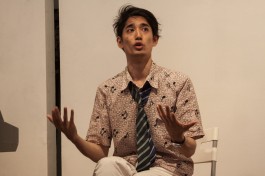 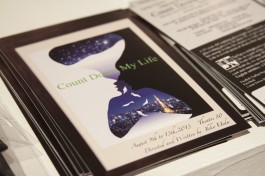 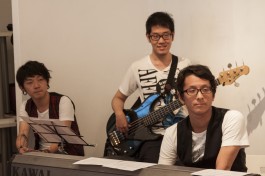 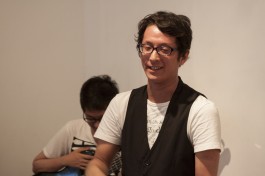 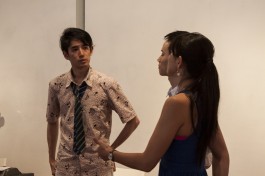 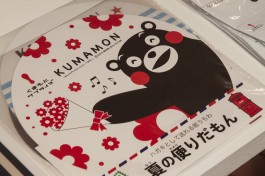