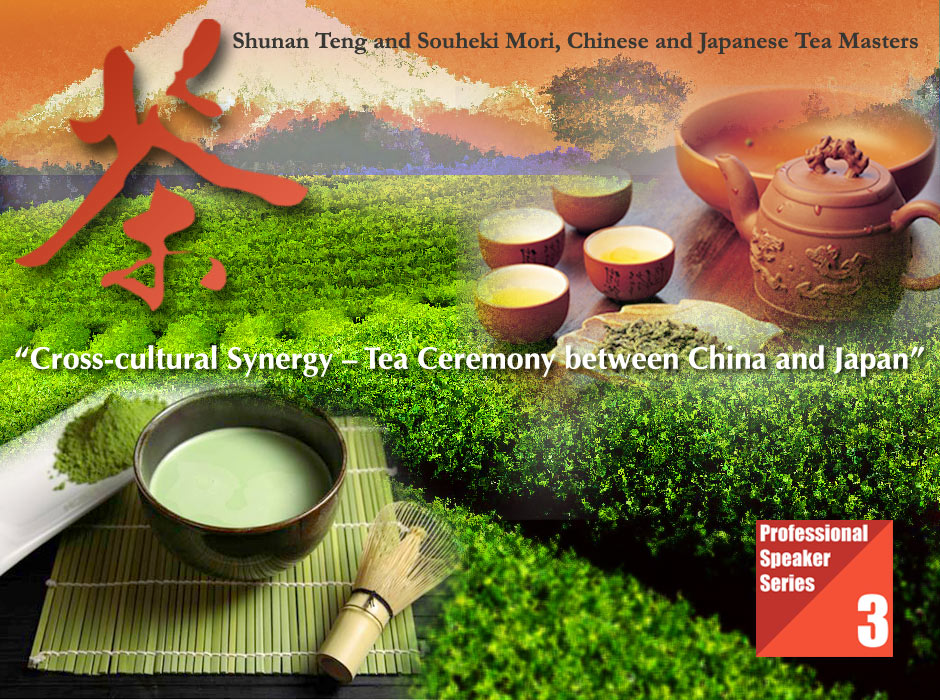 We invite two professional tea masters from China and Japan – Shunan Teng and Souheki Mori. Focusing on the differences and similarities of tea ceremonies in these two neighboring countries, we would like to explore how those two tea cultures have influenced each other, as well as how they are likely to be developed in the future. This event begins with presentations and demonstrations of the tea ceremony of China and Japan. Discussions by the two tea masters follows afterward.

Topics of these discussions include history, ritual, social purpose, mindset (Chan/Zen), utensils, water and so on.

There will be a Q&A session at the end, during which the audience can ask questions of the two tea masters

We invite you to join! Let’s enjoy tea ceremonies together!

– Discussion – differences and similarities of Chinese and Japanese tea ceremonies 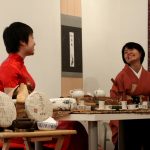 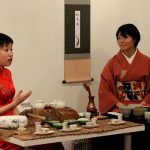 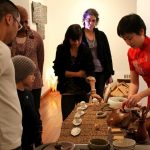 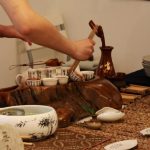 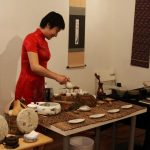 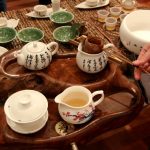 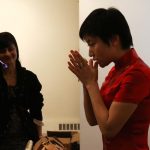 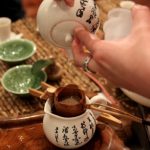 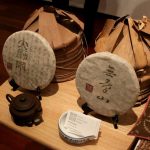 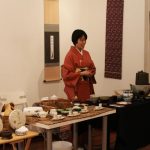 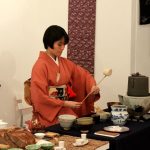 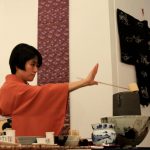 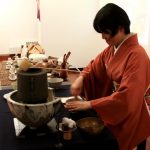 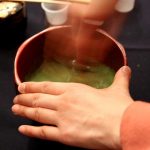 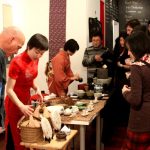 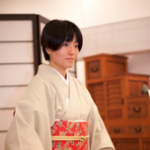 Souheki Mori was born in Chiba, Japan. She learned under the Japan Association of the Tea Ceremony and was certified as a Japanese tea ceremony teacher in April of 2005, and holds the title of Jufuku-an.Upon coming to New York, she set up Tea Whisk, an organization that introduces the beauty of the Japanese Tea Ceremony to America. Mori believes that within the tea ceremony is a force invisible and precious, and that one can achieve spiritual growth through practicing tea. 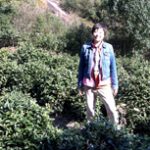 Shunan Teng grew up in a family of tea connoisseurs in China, and fine tea has always been a fundamental part of her life and heritage. She is now on a mission to introduce authentic premium Chinese tea to the rest of the world, educating one tea enthusiast at a time. Her ultimate goal also includes bridging the divide between Chinese and Western culture, as consuming Chinese tea the traditional way also provides insights into the deep and dynamic culture of China itself.