We’re bringing the popular Japanese culture of maid cafés straight to New York! RESOBOX is re-decorating to hold a special one-week pop-up maid café to celebrate the cute culture developed in Akihabara. Maid cafés are a subcategory of cosplay (costume play) restaurants found in Japan and consist of waitresses dressed in maid costumes to serve customers as if they were their own personal maids. The pop-up event will begin Monday, August 22 (The pre-opening event will be held on August 21, 8PM – 10PM but is reserved for media guests only) and will last until Sunday, August 28. Stop by for a sneak peek into Japan’s unique culture!

Uno (Monday – Saturday, 5:00-10:00 PM), (Sunday, 12:00-5:00 PM)
Uno was known in the Akihabara scene in Japan as one of @home Maid Cafe’s top members during her time in the cafe. With her sweet voice and cute personality, she embodies what it means to be a Japanese idol.

Sneko (Monday – Saturday, 5:00-10:00 PM), (Sunday, 12:00-5:00 PM)
Sneko started off as a Youtube coverist at the age of 12 where she became known for her versatile voice and singing impersonations of Japanese anime characters. She began performing at live venues when she was 14, singing and dancing to her favorite J-pop songs. Eventually, her passion for J-pop led to a performance in Japan where the fateful meeting between Uno and Sneko took place.

Rie (Tuesday, Thursday, Sunday, 5:00-10:00 PM)
Rie is cute and sweet not only in her looks, but in her voice too. Although it is her first time as a maid, we believe she’ll be able to play the role perfectly!

Seiko (Monday, Wednesday, Friday, 5:00-10:00 PM)
Seiko has previous hosting experience and will be sure to provide a relaxing time. Positive and mellow atmospheres mixed with a dash of good fun and spontaneity is what Seiko is all about. If you’re looking for a memory, you’ll have it with Seiko. Goshujinsama will be pleased.

Sepheria (Saturday, 5:00-10:00 PM) (Sunday, 12:00-5:00 PM)
Sepheria was previously a maid alongside Sneko who often cosplayed with her as well. She was selected from a handful of auditions with the potential of becoming an amazing maid. Here are a few words straight from Sepheria herself!

“The name is Sepheria, the demon of the maid cafe! It would be my pleasure to serve you under my moe curse, goushujinsama! Summoned from the underworld by magic, let’s make fun moments together!” 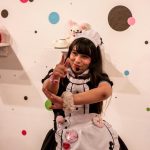 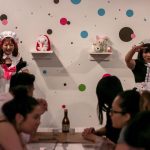 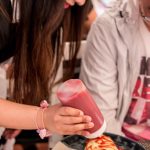 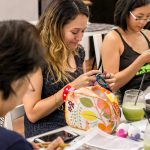 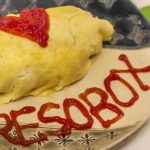 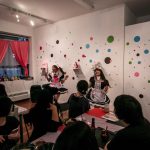 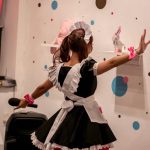 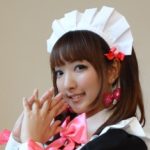 Uno Furstin was known in the Akihabara scene in Japan as one of @home Maid Cafe's top members during the time in the cafe. With her sweet voice, and cute personality, she embodies what it means to be a Japanese idol.

Uno is also a part of 2UNE (pronounced "Tune") with fellow maid Sneko. 2UNE is a New York City-based idol collaboration duo from Japan and the US.