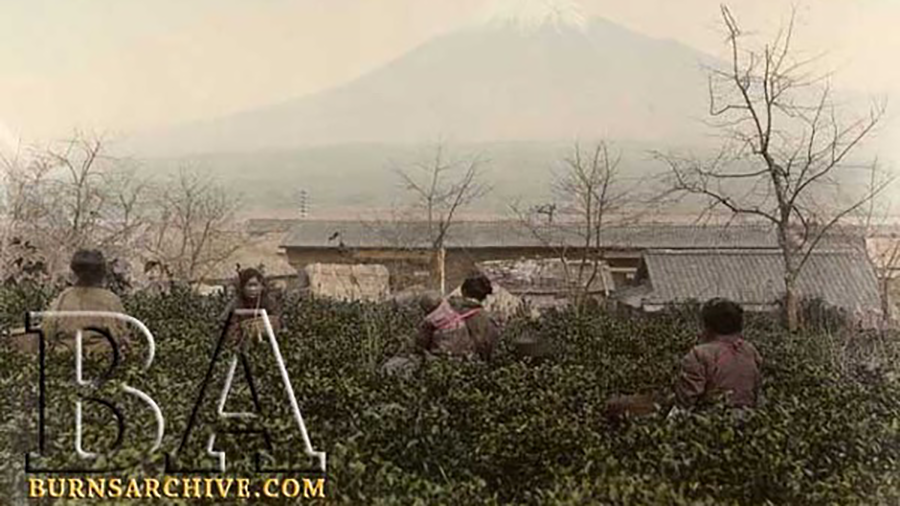 A rare look at a jewel of the Burns Archive collection, topped off with a sampling of sake.

The Atlas Obscura is hosting an event for our current exhibition, Fujisan: the Eternal Symbol of Japan this coming Thursday, October 26, 2017 including a mini lecture and tasting.

Join us for an intimate viewing into the colorfully kaleidoscopic world of everyday life in Japan at our special sake reception, led by the esteemed Stanley B. Burns, M.D. of the Burns Archive & Collection.

Japan, an island nation isolated until the mid-nineteenth century, opened its doors to foreign photographers in the 1860s. It was those early photographers who gained access to Meiji Japan, and the wonders within. And while other photographers during that time typically were making sepia-toned prints, these photographers in Japan took advantage of local artists to have their prints uniquely and exquisitely hand-painted. In fact, many photographs were executed so well they rivaled modern color photography.

These unusual photographs are a part of an incredibly treasured collection of images from the mid-19th century through the 1950s know as “The Burns Archive” and are not typically available for public viewing. Stanley B. Burns, M.D. is renowned for The Burns Archive, his own private and extensive collection of photographs, especially those documenting early medical practices.

We’ll be meeting at RESOBOX, a gathering place for Japanese art, where their current exhibition on FUJISAN: ETERNAL SYMBOL OF JAPAN features a selection from The Burns Archive of hand-painted photographs all focused on the iconic Mt. Fuji.

Included your admission is a signed copy of the catalog, Setting Sun: Painted Photographs of Meiji Japan. Within the book are 160 fascinating photographs, curated from tourist albums and presented in the sequence most typical to the era.

ABOUT THE BURNS COLLECTION & ARCHIVE

From the birth of photography through the modern age, with more than one million historic photographs, The Burns Archive provides photographic evidence of forgotten, unseen, and disquieting aspects of history. It was established in 1975 by Stanley B. Burns, MD, FACS, a New York City ophthalmologist and photo-historian. For over forty years, thousands of publishers, exhibitors, authors, researchers, artists and filmmakers have utilized this unique source of visual documentation. The Archive is best known for images of the darker side of life – death, disease, crime, racism, revolution and war – however, a large part of the collection depicts aspects of social and cultural life. A favorite and compelling category are nineteenth-century Japanese hand-painted photographs.

Dr. Burns and his daughter Elizabeth have co-authored two books on Japanese photographic history, Setting Sun: Painted Photographs of Meiji Japan (2017) and Geisha: A Photographic History 1872-1912 (2002), which explores the life and culture of Geisha during the Meiji Era. They have produced multiple exhibitions of Japanese photography, including many at the RESOBOX Gallery, Geisha: The Golden Years 1870-1890 (2002), Working Life in Meiji Japan (2013), Japan – An Island Nation: 1870-1890 (2014), Japanese Ritual Industry: Silk, Rice & Tea (2015), and Worship in Meiji Era Japan (2016).

Advance Tickets Only. All Sales Final. No Refunds or Exchanges. 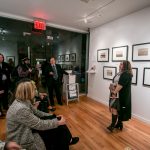 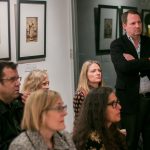 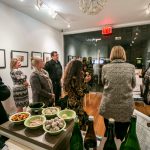 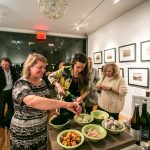 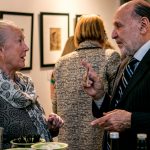 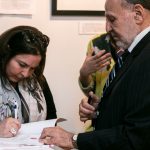