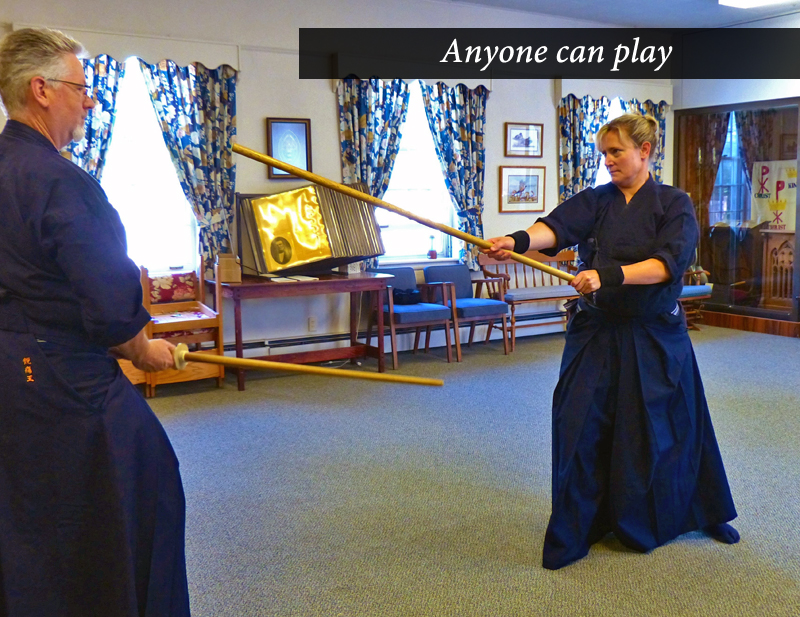 I never had an interest in firearms, even though I grew up in the wilds of central Pennsylvania, where many people hunted deer and small game. Nope. I liked swords, spears, and halberds; the longer, the better. I am not sure how it started. Maybe it was the steady diet of Sunday afternoon gladiator movies we used to watch on TV when I was six or seven years old. The hunky blonde guy always saved the valiant Christian woman from being eaten by the lions in the Coliseum (basically, the films all had the same plot). Not much clothing on anyone, and plenty of swords. Also, people’s lips moved differently from the dialogue. My mother’s concern melted away with the knowledge that we had at least been to church earlier that day.

My dad decided that I would probably be a medieval historian.

As it turned out, I became much more of a doer than a thinker along these lines. I wasn’t really identifying with the valiant (but unarmed) female characters, and I didn’t consider swordplay as a field for academic study. I wanted to practice! Though it took a long time – I did not get to practice Western fencing until my 20’s, and didn’t start Japanese swordsmanship and related arts until I was 30 years old, I’ve been making up for lost time ever since. In Japan, swords were not only important as sidearms, but reflected rank, status, wealth and, some say, even the soul of the warrior. On the other hand, using a stick to defeat a swordsman balances out my practice; my interest in jodo is a way of reminding myself that no one is invincible. In the right hands, a simple stick can defeat the fanciest sword.

Why would a woman be interested in weapon arts? Unfortunately, martial arts in the US is considered by many to be either a practice for children (see my last article, “It’s not kid stuff”) or a “guy thing.” It is neither. Weapons practice for women in the martial arts works. Weapons are the great equalizer, tools that extend a short reach and make up for physical strength. Let’s face it – men are generally bigger (members of my collegiate women’s hockey team excepted) and stronger than we are. I can’t tell you how many times I have been to martial arts demonstrations where one of the favorite tropes is to pit the smallest woman in the dojo (when there happens to be a woman in the dojo) against a gigantic guy. Naturally, he attacks, she defends, and, incredibly (really incredibly) she “wins.” I am fairly sure that no one takes this idea seriously, at least no one should. In all likelihood, the “attacker” could realistically pick up the “defender,” throw her over his shoulder, and walk away. However, if that same little person is able to position a stick where it can take the “attacker’s” eye out? That is a different dynamic.

Is it true that unarmed self-defense for women never works? No. A well-trained woman, with good timing, using techniques that work to unbalance an opponent rather than overcoming him with strength, should work. The operative words here are well-trained. Yes, we do not carry weapons around with us anymore, but weapons training for women, outside of verisimilitude in the dojo, teaches other things – how to think tactically, how to avoid trouble, how to move away before someone gets into your “safe zone,” and how to move and act with the sort of confidence that will ensure that anyone looking for an easy mark will keep looking. Is it perfect? Of course not. But it’s not a fantasy, either.