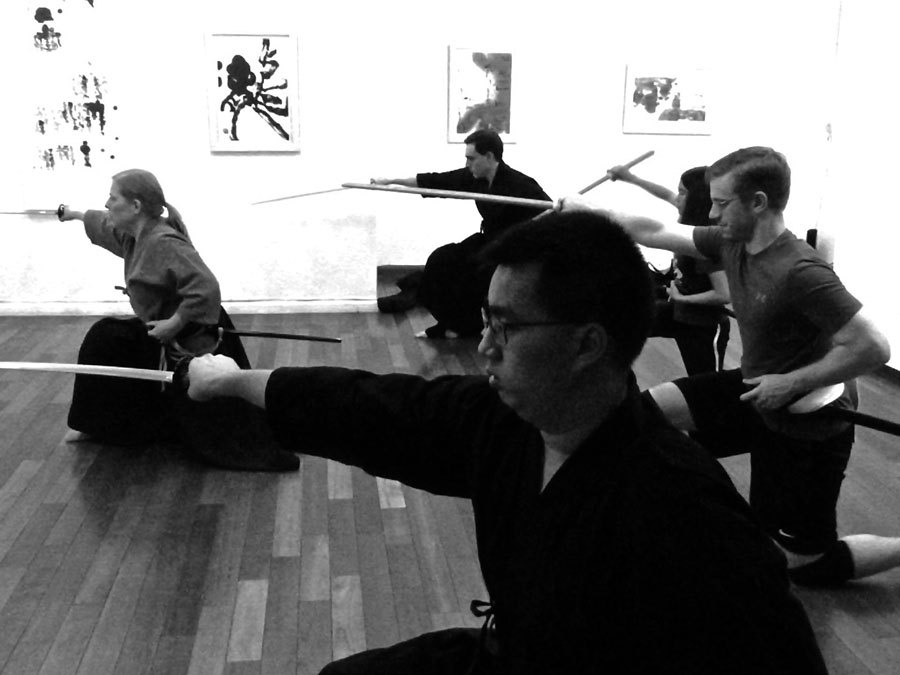 So many videos, so little time. Back in the days before YouTube, some budo colleagues and I used to share “bad videos” amongst ourselves. There seemed to be no shortage of tapes – or later, discs – showing bad or made-up techniques. One video-maker even went so far as to stage dramatic vignettes, with fake scenery, suggesting a way in which a swordsman, wearing an ill-fitting kimono, plastic wig and a court headdress, might encounter an enemy in a creepy cemetery, complete with dry ice for a fog-like effect. No, I am not making this up. We used to watch this stuff while drinking beers together and laugh our butts off.

Fast-forward to the present day when everyone’s phone is also a camera. YouTube and Twitter can enable anyone to upload a video of a budo demonstration, or a teaching video, or archival footage converted from old black and white film, and beam it throughout the world in seconds. Our little viewing club would be overwhelmed. Nowadays, we confine our collective viewing to the best we can find of archival videos. There’s just too much to even find funny anymore.

It would be a vast understatement to say that ubiquitous video has changed the perception, practice and teaching of traditional budo. The gasshuku I attended several weeks ago was a case in point. Every time the teachers presented a new technique, a half-dozen screens would appear to create video for later reference. This seminar, at least, was well-attended. One of my colleagues remarked some time ago that he thinks YouTube is responsible for a general fall-off of attendance at actual seminars. Why spend the time and money to attend when you can just search for video by the current headmaster, or even past headmasters? Seminars that he used to host for “experience only;” that is, that did not include a ranking seminar at the end, have disappeared for lack of interest.

In many ways, online videos are a benefit. If there is any question about a technique, a teacher can simply search out a video of the kata in question being done by her teacher, or even her teacher’s teacher, and the question is resolved. But it is also a conundrum. With so much stuff, and no way to filter it, how does anyone with less experience than a teacher ever know what, exactly, he is looking at? How do you separate the crap (which is most of what can be seen on the Web) from the good stuff?

As a teacher, I can’t just tell people not to watch videos, so I try to contextualize their viewing. I explain to new students what, if anything, would be most useful to them as they troll the Web. I mention the names of one or two teachers whose work I trust. Then I suggest that anything else they may look at should be considered for “entertainment value” only. I tell them that, for now, the best thing they can do for their practice is simple – practice. They should come to okeiko, listen and learn, then go home and practice the basic techniques in our curriculum. My teacher used to say that you could improve in 10 minutes’ practice per day, and it’s true.

In a few months, new students will be able to distinguish decent technique from the imitators and charlatans, as long as they practice what we do in the dojo. After they have a good grounding in basic technique, they will be free to be amused, appalled, or simply shake their heads in wonder at the worldwide online dojo.