The rainy season has come in Japan. It is called “tsuyu“, literally meaning “plum rain”, because it coincides with the season of plums ripening. The tsuyu season lasts from the beginning of June to July. During the tsuyu season, perishables go bad easily and the weather makes us feel blue. I often eat vinegary food that prevents food poisoning and helps recover from fatigue. Vinegar makes healthy blood and helps lower the cholesterol level.

June 22nd is the summer solstice so the daytime is the longest in a year. The day is called “Geshi” in the Japanese old almanac, 24 Sekki. On this day, it is customary to eat octopus praying for the young rice plant take root in the soil. Why do we eat octopus? Because octopus has many suckers on the underside of its tentacles so it is associated with stickiness. This time I am going to introduce the recipe of the vinegar marinade with octopus and cucumber.

Directions
1. If you are using sashimi grade octopus, just cut it into bite-size. If it is raw, boil at first.
2. Slice the onion and soak in water for a while. After letting it soak, drain the water and any excess moisture.
3. Slice the cucumber.
4. Mix the rice vinegar, mirin, soy sauce and make the dressing.
5. Put the octopus, cucumber and onion in a bowl. Add the dressing and mix.
6. Garnish white sesame on top.

Once you make this marinade, you can keep it over a few days. We call it “joubi-sai”. I like ready-to-use food like this. That makes us save time to cook a dish and the vinegar creates healthy blood. It’s very easy to make so please feel free to try.

I am going to introduce one more thing, “mugicha“, barley tea. When I was a child, my grandmother often made mugicha for me because I liked it. I remembered the well chilled mugicha made me feel refreshed on hot days.

Mugicha is not only very popular in summer in Japan, but also it has a lot of health benefits for us. Barley is caffeine-free. It has gastric mucosa protecting action and prevents stomach ulcers. It improves blood circulation and has anti-oxidants so it prevents lifestyle disease. Furthermore it is good for the skin because it has a lot of minerals including zinc, which is the melanin metabolic promoter so it prevents spots and freckles! There are tons of health benefits but it contains gluten so we need to take care for the allergy.

You can buy mugicha at Japanese or Korean grocery stores or online stores like Amazon. There are 2 ways to make mugicha and both are very easy. You boil hot water and stop the heat and add the teabag and leave for 10 minutes. Remove the teabag and let it cool down to room temperature and transpose it to a jar and keep it in the fridge. Another way is just put the teabag in water in a jar and leave it in the fridge for around 2 hours. I often cook it in the latter way. Please feel free to try mugicha and have a great summer! 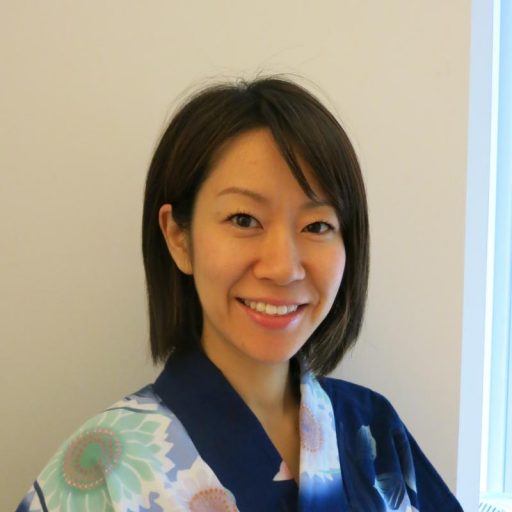