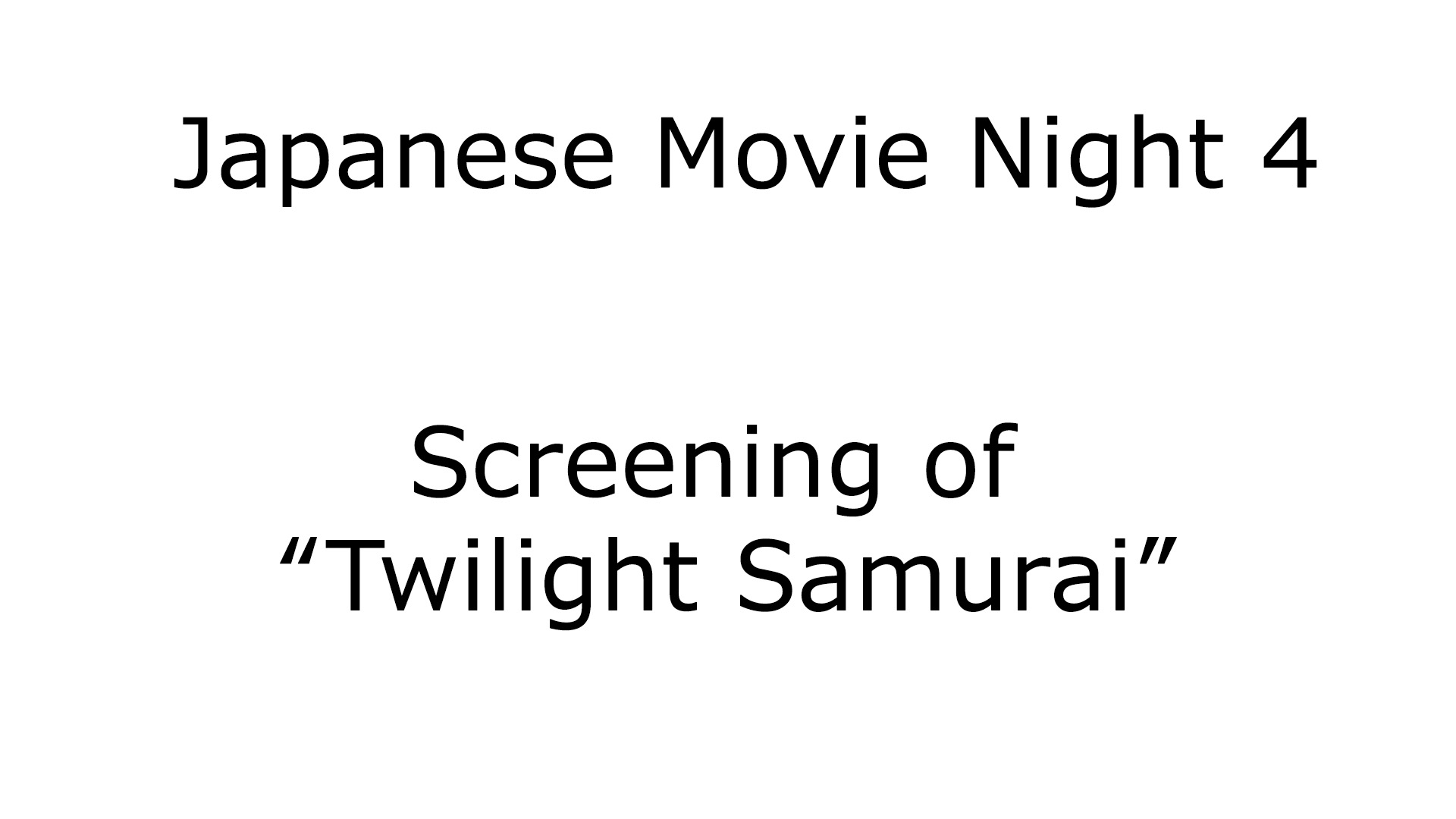 The next “Samurai Night at the Movies” is “Twilight Samurai” (Tasogare Seibei – たそがれ清兵衛) (2002), starring Sanada Hiroyuki and Miyazawa Rie, directed by Yamada Yoji.

Seibei, a poor, widowed samurai, is nicknamed “Twilight” by his comrades because of his propensity to go home to his children at the end of the day instead of going out with them.

But Seibei is much more than what he seems, and he proves his mettle when summoned by his clan. “Twilight Samurai” is by turns a melodrama, a soap opera and a tense drama that features realistic swordplay. The film is a meditation on the nature of honor and ambition. a poignant look at the end of the time of the samurai.

Deborah Klens-Bigman who holds a fifth dan (black belt) in Muso Shindenryu Iaido will introduce the film, and give a brief commentary afterward. Join us for snacks (beverages available for purchase) for a low $5 admission fee.

The first 5 people who registered (by phone only – 718-784-3680) will get $5 discount on Samurai Sword class at Resobox. (the offer is valid only those who have never taken our class before)