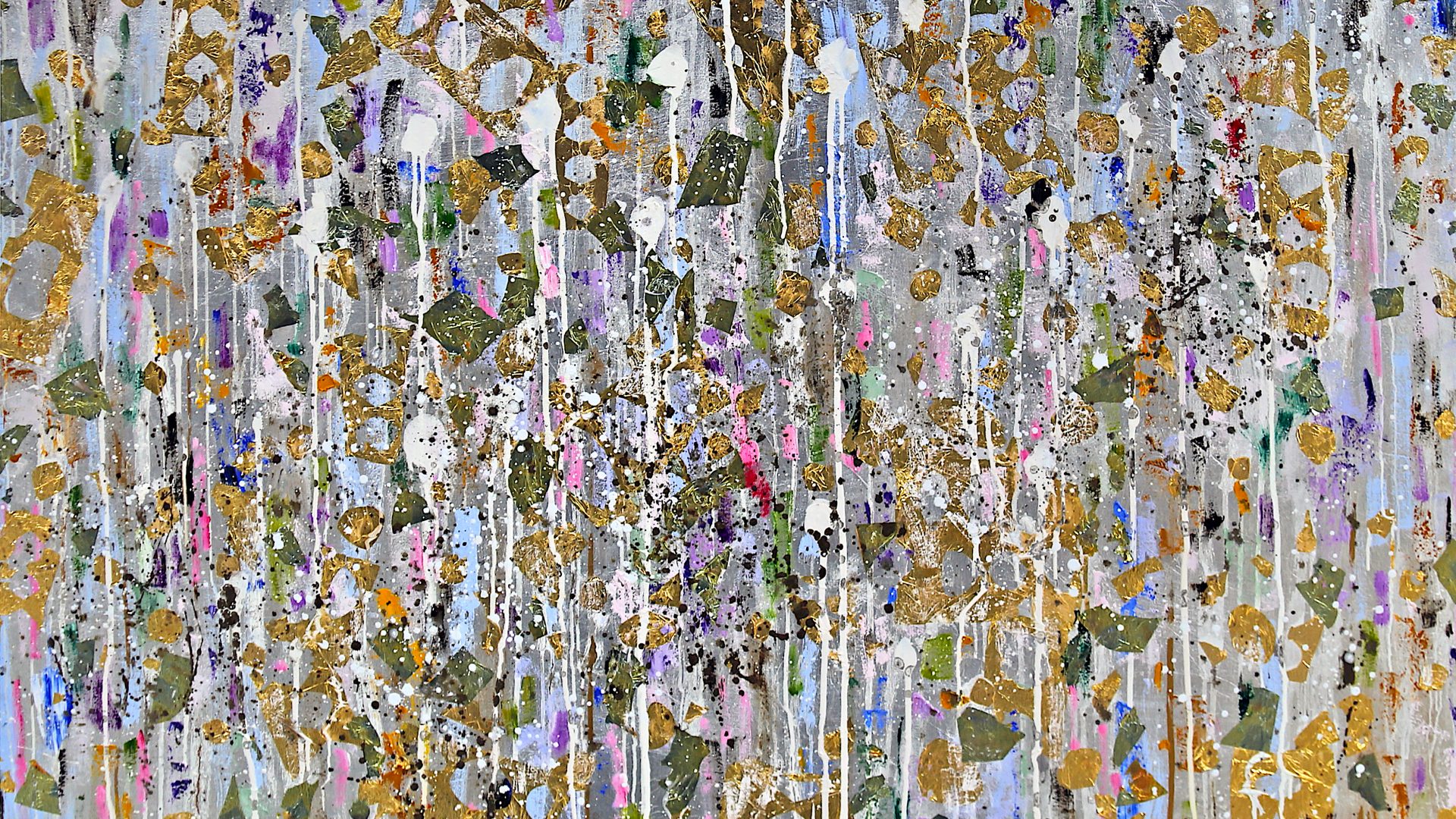 Traveling from a young age and experiencing many cultures have been sources of inspiration in my work.  My paintings are influenced by places I have lived and traveled.  Additionally, having a mother from Japan and father from Iran, I find myself carrying both Eastern and Middle Eastern traditions.  In Japan, I was inspired by the culture and scenery of my grandparent’s hometown, Kashiwazaki, a tiny village by the sea, surrounded by vast mountains. My creative perception and talent was also nurtured by my Persian culture.  I have a strong sense of both cultures, with the added influence of being American.  These many worlds intersect within me to create my own unique, inner world. My paintings reflect the vast multitude of my personal ‘sekai’ and the complex landscapes of my past and present.

My abstraction reflects my inner world.

Born in 1983, in Long Island, New York, Michelle Sakhai's extensive world travels began at an early age and her mixed heritage have shaped her as an artist. With both Persian and Japanese roots, her art derives influences from both cultures. She grew up traveling to Japan to visit her family every summer for twenty years. In Japan, Sakhai was inspired by the culture and scenery of her grandparent’s hometown, Kashiwazaki, a tiny village by the sea, surrounded by vast mountains. This special place left an indelible impression that still feeds her imagination. Sakhai’s creative perception and talent was also nurtured by her Persian culture. The exposure to both traditions in her young life has impacted her artistic vision.

In 2004, Sakhai received a Bachelor of Arts degree with high honors, majoring in Art History and minoring in Fine Arts from Hofstra University. She went on to receive her Masters in Fine Arts in 2010 from the Academy of Art University in San Francisco, CA. Before obtaining her Masters, she studied in Venice, Italy, and in Barcelona, Spain, at d'Arts Plastique I Disseny (LLOTJA) with the School of Visual Arts. Sakhai also studied at the Marchutz Academy of Fine Art in Aix en Provence. In 2006, she received a grant to attend the Vermont Studio Center as a resident artist in Johnson, VT. Shortly after receiving her Masters in San Francisco, she taught Fine Art
at the University of California, Berkeley.

Michelle Sakhai is currently represented by Slate Art Contemporary in Oakland, CA, Madelyn Jordon Fine Art in Scarsdale, NY and MiXX Projects in Telluride, CO. She continues to exhibit worldwide with a current show at Palette Gallery in Tokyo, Japan and a recent exhibition at El Hotel Pacha in Ibiza, Spain. Her work was featured at Context Art Miami by Madelyn Jordon Fine Art. Sakhai actively exhibits on both coasts, in San Francisco and New York City. She was selected to be the artist in residence at The Fairmont San Francisco in January, 2017. Her work has been displayed in New York City at The Art Show through the ADAA at the Park Avenue
Armory, LIC Arts Open, and the Lehman Art Gallery in NYC, and at Stanford Art Spaces, MarinMOCA and SOMArts in the San Francisco, Bay Area.

In pursuit of her spiritual path, Michelle Sakhai is a Primordial Sound Meditation instructor through the Chopra Center, as well as a certified Reiki Master. She believes and trusts in the energy of the creative spirit as a healing force on the earth. Sakhai conveys this valuable message of healing through her art and her speaking engagements. She currently works and resides in New York City while continuing to travel the world.