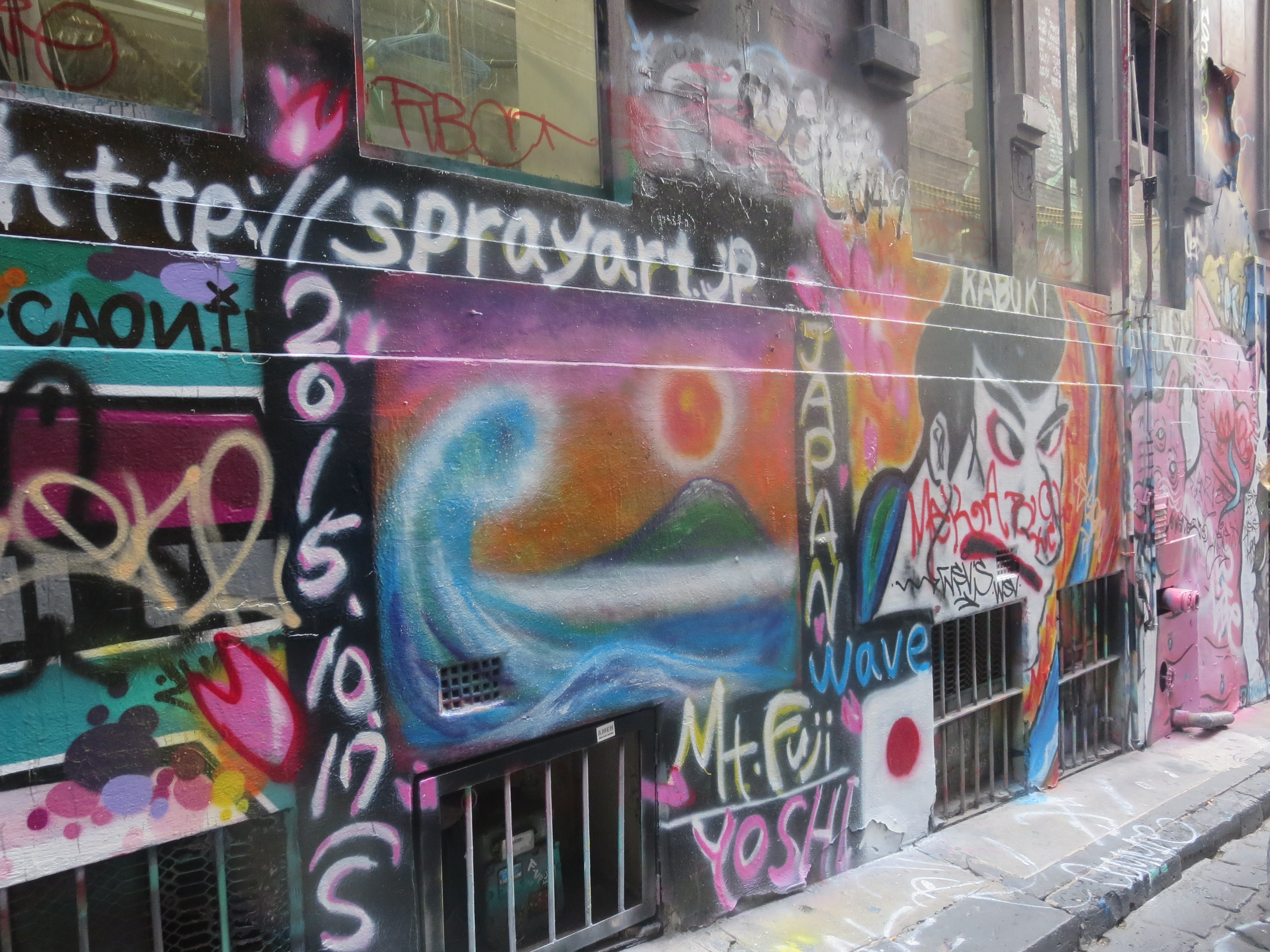 I recently took a two-week trip to the city of Melbourne in Australia, and I didn’t think two weeks was long enough to start missing Japan, but I managed to prove myself wrong… So I compiled a list of things that I missed about Japan while I was away:

It’s a bit sad that this is the first thing that popped into my head while making this list, but I did honestly miss convenience stores or “combini” when I was away.  I was sad that getting a three-course meal consisting of a salmon onigiri, a bowl of microwavable ramen (way better than that instant stuff), and a cup of matcha ice cream all for under ten bucks was no longer an option.  I also had to actually go to a bank to use the ATM, make sure I got everything I needed at the grocery store before it closed, settle for cheap bottles of wine instead of the delicious 100-yen cocktails and beers to pregame with, etc.  I’m starting to sound real snobby now so I’ll stop here but I’m only trying to express how on point Japanese convenience stores are.

Being from New York, I don’t expect much from public transportation, and in all honesty I was satisfied by my experiences on Melbourne transport, but I don’t think anything tops Japanese trains and buses.  I mean, I thought the announcements about upcoming left turns on Japanese buses was a bit much, but it was better than being told that no, the bus driver could not announce my stop because if he did that for me, he’d have to do it for everyone… Topping up the IC card in Japan is also way simpler and convenient—I didn’t even know how complicated it could be to charge a simple card until I tried (and failed) to do it with Melbourne’s Myki card (I could just be a bit slow)…

I know it’s highly unrealistic to expect clean toilets everywhere you go, but this is reality in Japan, and boy do I LOVE it.  Not only are there toilets everywhere, most of them are actually clean and nice… I can’t say that’s the case in Melbourne, although to be fair the bathroom situation in New York City is way worse.

Food is very important to me, and Japan never fails to impress me with its wonderful cuisines.  I’m not saying Melbourne didn’t have good food—it certainly did, but Japan is 99.99% fail proof when it comes to food… It makes sense because Japan is pretty much obsessed with quality, but I still don’t know how they manage to maintain this (arbitrary) percentage…

As mentioned above, Japan is pretty much obsessed with quality, so I am hardly disappointed by anything I purchase here.  This is a privilege that doesn’t exist so much in other parts of the world.  My friend and I got dressed up one day and I wore heels that I had bought in Japan and she wore a pair that she bought in Melbourne.  The prices were around the same—mine perhaps a bit more expensive.  Anyway, by the end of the day, her feet were covered with blisters and she was in an immense amount of pain, while I walked away pain-free.  Maybe the Japanese heels were better made to begin with, but the man who sold them to me made sure to put in special soles for me without charge because he wanted to make sure I wouldn’t be in pain when I wore them.  If that’s not an obsession with quality, I don’t know what is.

One time my Japanese friend came to visit my apartment and we were both leaving but of course I forgot something so I ran inside without taking off my shoes and she was absolutely horrified.  Since my mother is Japanese, I grew up in a no-shoes house even in New York, but we bend the rules a bit for emergencies or when we need to check out our outfits for the next day with footgear included.  Anyway, while in Melbourne I stayed at a hostel where they obviously don’t care if you have your shoes on or off inside, unlike most Japanese hostels that require you to keep your shoes in a little cubby downstairs.  I didn’t realize how smart this was until I looked at the soles of my feet after walking barefoot for a while and they were basically black.  The rule is very practical to keep the place clean and sanitary, really.

I’m being hypocritical here because I think customer service in Japan is too much, but I actually kind of missed it when I left.  Case in point: When I checked in at the airport in Japan, I had no idea that Australia required a tourist visa for everyone.  The airline receptionist asked me where it was but I had no idea what she was talking about.  Just before I broke into tears, one of the receptionists walked me to the airport computer station, got change for me so that I could put in the coins to use one of the computers, and walked me through the online visa application.  She was the reason I was able to go in the end, but she acted too humble to accept my countless thank you’s.  Fast-forward about twenty hours when I had finally arrived in Melbourne and I had to fill out one of those immigration forms at the airport but I couldn’t for the life of me find my pen.  In Japan (and actually every other country I’ve ever visited), they would definitely provide pens for visitors going through immigrations, but for whatever reason Melbourne Airport was missing all of its pens that night… Desperate, I asked one of the security officers who shrugged at me indifferently and told me to go borrow one from somebody who was filling it out.  I was able to fill it out in the end thanks to a really sweet Emirates stewardess, but the stark difference of customer service in the two countries just from the airport kind of made me chuckle.