How do you feel in a narrow and dim space?

Up until now, I have talked about enjoying tea, in which I emphasize participating in Teaism activities. Now I will try to broaden my topic since I believe your interest in Teaism has been growing little by little.

Have you ever seen a tearoom (cha-shitsu 茶室)? I’ve prepared a typical photo of one below. What kind of impressions do you have by looking at the photo? Most people feel that it is too narrow and dim. Even modern-day Japanese people get the same vibe by looking at it. I think this image leads foreigners to imagine that most Japanese rooms are narrow and small. 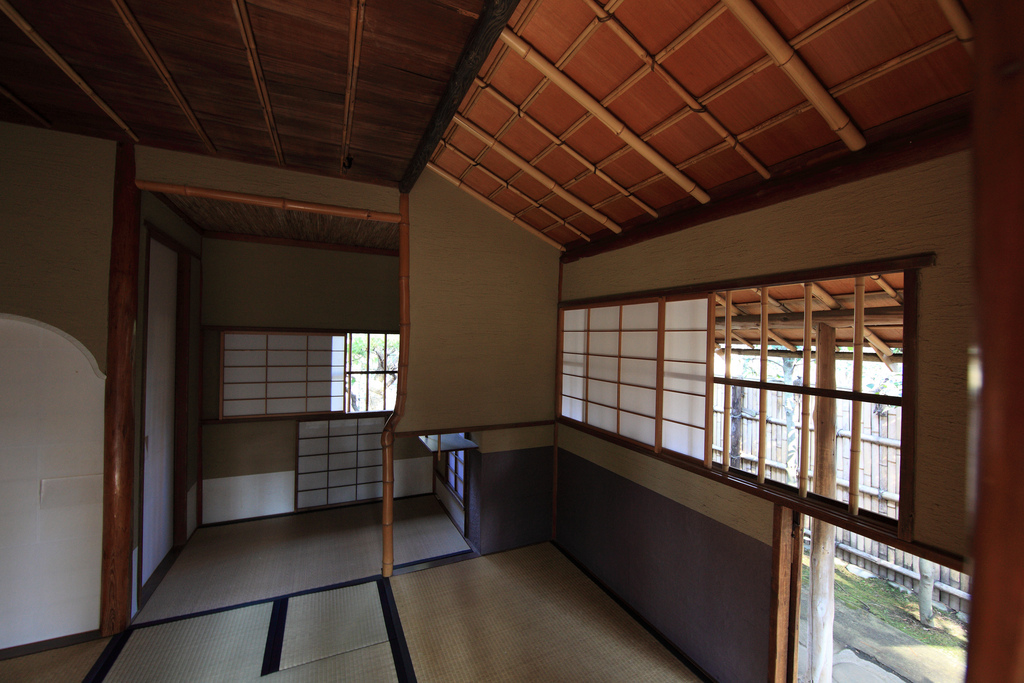 Tai-an (待庵) is one of the smallest tearooms in existence. It was designed by the grand tea master Sen no Rikyu(千利休). (who appeared several times in my previous blogs.) It was built more than 400 years ago. It is one of the tearooms certified as a national treasure of Japan. Tai-an has recently been relocated to a place a short distance away from Kyoto.

Well, how large do you think this tearoom is?

It is as small as two tatami mats, which is about 3 m2. It would be suitable for only three people, a host and two guests. How do you feel if you are in a narrow and dim space like this? You wouldn’t want to stay there for a long time, would you?

Even Japanese people ask when looking at this space, “Why do you have a tea ceremony in such a narrow and dim space like this?” 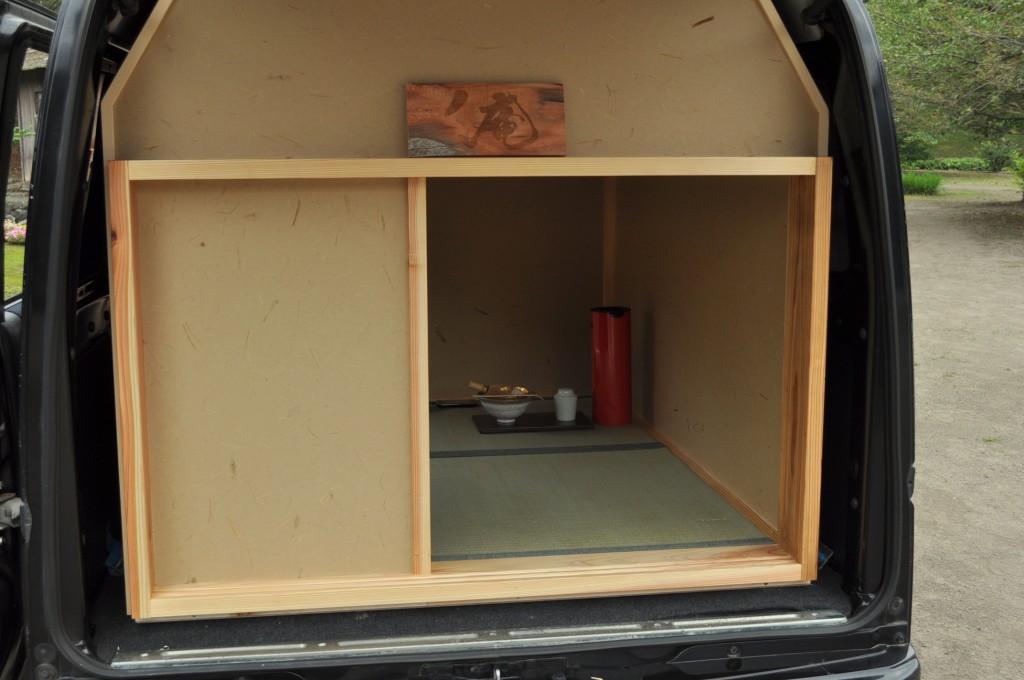 They would be surprised to know that the entrance, Nijiri-guchi (miniature tea room entrance), is even smaller yet.

Only 25 inches square. Japanese cannot easily enter and exit this space. In fact, one of my American friends hit his head on the doorway several times.

This Nijiri-guchi was also devised by Sen no Rikyu. But, why did he make ​​a space like this? At the time, Japan was in an era of wars. Japanese feudal lords competed for national land, thus it was a terrible state of affairs. Precisely because of these circumstances, he wanted to spend time with a restful mind when he had a tea ceremony in a tearoom.

When I stayed in a hotel in the United States, I felt relieved when I spent time in warm lighting. I think it’s a similar feeling in a small tearoom. In addition, if it is a narrow space, people feel an affinity with each other because the distance between them is removed.

Sen no Rikyu said everyone is equal in a tearoom, even a general or a president. It is said that tearoom developed their unique style to express this. 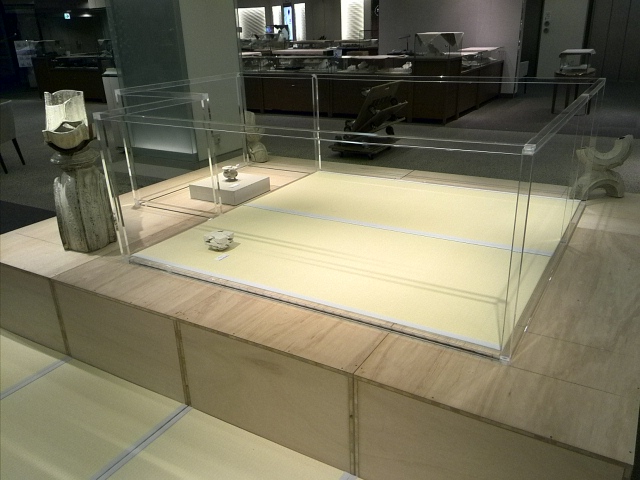 Well, this is how a Tai-an looks if it is designed in a modern way. This picture shows a space analogous size to the Tai-an. Don’t you think it looks spacious somehow? It is built by connecting only acrylic frames, so you have full view from the outside. Yet, if you enter the tearoom space as a guest, amazingly you don’t care for the surrounds and feel settled. “A tea room has a role; a barrier, which separates outside and inside.”

Both Japanese people and non-Japanese people alike feel like it is bigger than they had expected. Large space is good, but why not try healing your mind in a narrow space? 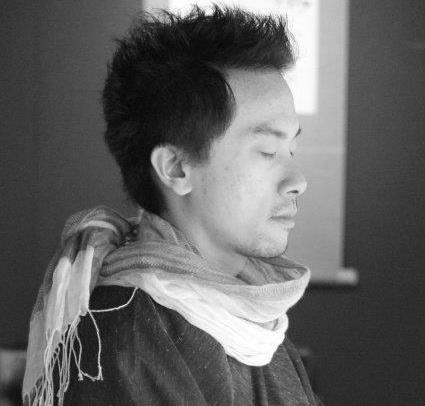