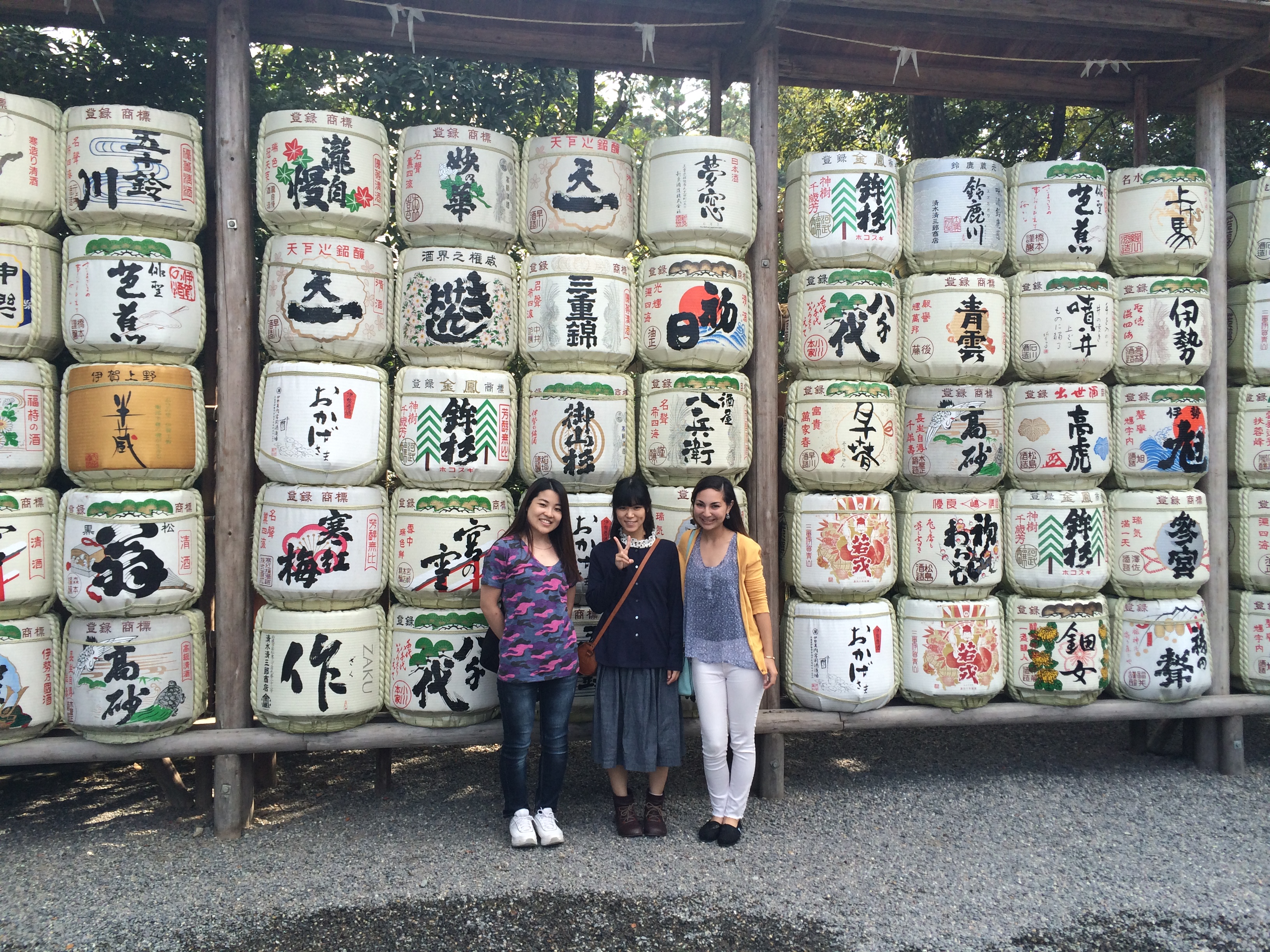 Imagine this: you walk into a beautiful European church, and instead of the beautiful stained glass, you see bottles and bottles of what appear to be… liquor?! “Well that’s weird…” you mutter to yourself.

And this is essentially what happened to me when I first encountered the stacks of sake barrels commonly displayed outside Shinto shrines. I remember thinking: “Wow, Shinto gods must really like to drink! Well, at least they’re having a good time up there.”

Sake doesn’t quite have the same meaning as wine does in Christianity, but it is rather close: it is said to bring the gods and people closer together. Sake even plays a role in ancient Japanese mythology, where it helps Susanoo, the god of the seas and storms defeat his serpent enemy Orochi by getting him wasted. Sake is by no doubt an important symbol for the Japanese nation as well as the Shinto religion.

Considering all of this, it makes more sense that barrels upon barrels are displayed in front of almost every Shinto shrine in Japan. I had wondered how they so neatly stack these heavy drums of alcohol, but I later found out that they are in fact, empty and are just there for show. So no, you can’t sneak into a Shinto shrine one day, punch a hole in one of these suckers, and get wasted with your buddies… Nice try, though.

The barrels are donated usually from local sake breweries, unless you’re a big shot shrine like Ise in Mie Prefecture (essentially the Mecca of Shintoism) and Meiji Jingu in Tokyo. Apparently, those shrines get donations from across the nation.

So, next time you’re in Japan, be on the lookout for these barrels of alcohol (or air, I guess)—if anything, it makes for a pretty cool photo op!