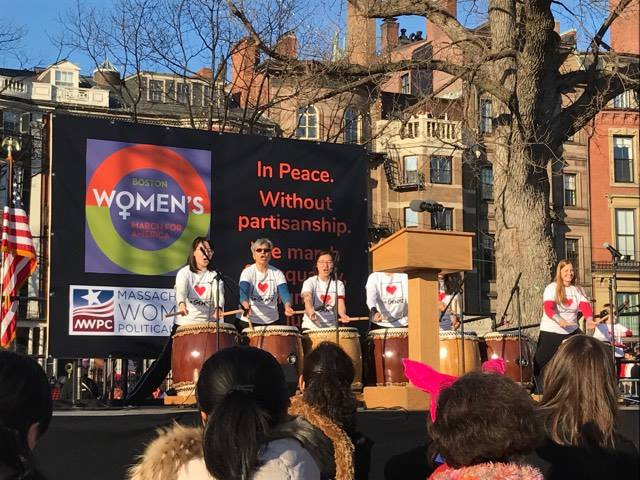 Disclaimer: I began writing this before Trump actually went into office, so before seeing how much impact his executive orders would have on countries all over the world.  I desperate want things to get better, but I can only foresee the opposite.

There is clearly a popular opinion about the new president of the United States among its citizens.  All of the ratings, protests, marches, and even Internet memes tell it all: that most American citizens are dissatisfied—to put it very lightly, about the 45th president.

As his campaign slogan suggests, Donald Trump is very focused on America and “Making America Great Again.” That’s great and all, but what he and his supporters do not seem to realize is the significance of his job as a diplomat and representative of arguably the most influential nation in the world.

This is perhaps the reason that there is so much Japanese media coverage on the new president.  Since his electoral victory in November, I have seen countless talk shows that analyze his background and proposed policies, and news programs that highlight parts of his speeches, press conferences, and dreaded Tweets on Japanese television.

At first, I thought that they were perhaps overdoing it.  Japan does have a sort of obsession with American politics, news, and entertainment, but I didn’t think Trump would get this much coverage.  I knew that Obama’s presidency was covered on the Japanese media, but I didn’t remember seeing him on television ad nauseam.

Usually, I only watch Japanese news and shows in passing, but I became curious about what they were saying about Trump.  After taking a closer look, I realized that they were voicing concern.  Talk shows compared Trump’s proposal to limit the freedom of Muslims in America to the Japanese internment camps during WWII.  News shows highlighted snippets of Trump’s speeches, when he would talk about Japan essentially stealing money away from the U.S.  Another less serious news show counted how many times he said the word “America” in a single speech—thirty-five, by the way.

Seeing all of this, I became curious as to what my friends in Japan thought about the new president.  I conducted a very informal interview and collected some thoughts.

“I don’t know what he’s thinking.  The thought that he has power over nuclear weapons terrifies me,” a friend said.

“Everyday, we see something on the news about Trump.  Most of them express critical opinion.  I don’t know why he was elected president and I wonder why American people voted for him.  What he says on Twitter sounds very selfish and childish.  I think that he manipulates people.  For example, Toyota might stop their construction of a new factory in Mexico, even though they pay a lot of money to America.  I’m fearful of Trump politics,” another friend told me.

I did some fact-checking, and it turns out that Trump tweeted: “Toyota Motor said will build a new plant in Baja, Mexico, to build Corolla for U.S. NO WAY!” and “Build plant in U.S. or pay big border tax.”  These posts of course, were released even with the fact that Toyota has invested $22 billion in the U.S., has 10 manufacturing plants and 1,500 dealerships that employ a total of 136,000 American workers.  So yes, it’s ridiculous for Trump to demand Toyota to stop building the new factory or demand more pay, especially since Toyota Corollas are one of the most popular affordable cars in the U.S.  It’s also shocking that he makes these huge, sweeping statements on Twitter.

“I’m shocked to see that he can give such a great impact by only saying something on Twitter,” one of my friends told me.  “He’s like a bully! Sure, maybe he’s a good negotiator, but he lacks morality,” she continued.

“His priority is only the American people and America, and that makes me fearful that he could do anything for that.  But I also wonder—isn’t America a country made up of immigrants? And he’s trying to push them out?” one friend remarked.

I have to say, that as a first-generation Asian immigrant, I am probably hit hardest by his immoral remarks about immigrants.  It took me years and years to feel like I belonged in this country and that I am in fact, an American despite having been born and raised in a different country, and I hate that the most powerful man in this country is trying to take that away from me and from others like me.